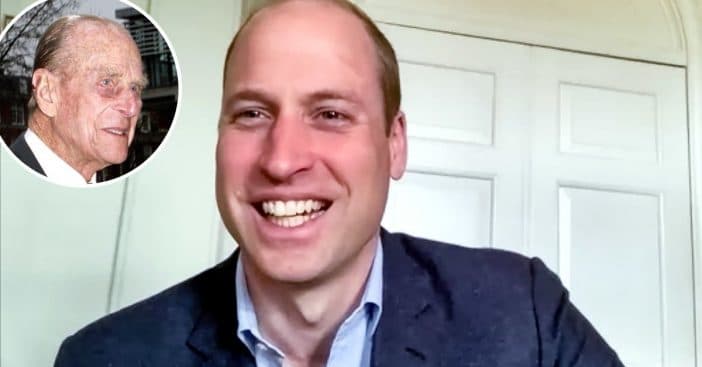 Prince William gave an update on how his grandfather, Prince Philip is doing amid hospitalization. The 99-year-old was recently admitted into the hospital after feeling “unwell.” Reports say that he does not have COVID-19 and that it was not an emergency situation. He walked into the hospital without assistance.

However, he has been in the hospital now for about a week. Prince William spoke to royals photographer Arthur Edwards. He said of his grandfather, “He’s okay. They’re keeping an eye on him.” Prince Philip has an infection and is currently receiving treatment. He will stay in the hospital for several more days.

Prince William gave an update on his grandfather, Prince Philip

Another source reported a bit more detail. They said, “Following consultation with his doctor, the Duke of Edinburgh is likely to remain in hospital for observation and rest over the weekend and into next week. The doctor is acting with an abundance of caution. The Duke remains in good spirits.”

RELATED: Prince Philip Is Currently In The Hospital After Feeling ‘Unwell’

Philip was able to have visitors at this time while in the hospital. His oldest son, Prince Charles was seen arriving at the hospital to visit. Sending our continued well wishes to Prince Philip!