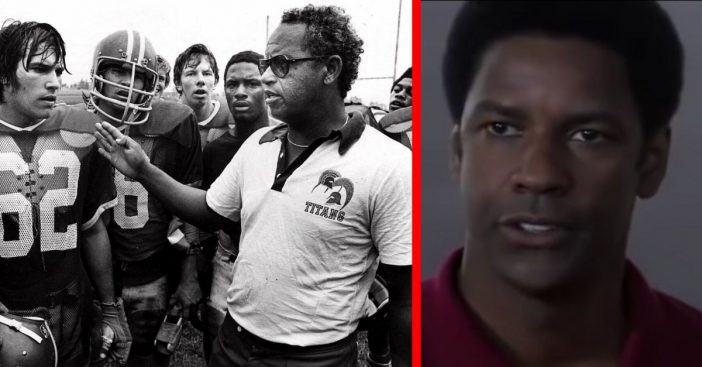 It has been reported that Herman Boone, who was portrayed by Denzel Washington in the film Remember the Titans, has died. He was 84 years old. Boone was a high school football coach for the T.C. Williams Titans. The booster club for T.C. Williams High School in Alexandria, Virginia announced the sad news of his death on Twitter.

“It is with great sadness that we share the sad news of the passing of former Head Football Coach Herman Boone who lead the Titans to the State Championship in 1971,” they write. Boone had been battling cancer and died at his home.

It is with great sadness that we share the sad news of the passing of former Head Football Coach Herman Boone who lead the Titans to the State Championship in 1971🏈. #RIP@TCWilliamsAD @TCWSports @AlexandriaPatch @AlexandriaNow @AlexGazette pic.twitter.com/4I0DFAAWSF

Boone is the head coach of the team in 1971. It was the first year that the city’s high schools became integrated. Boone is black and teams up with white assistant Bill Yoast to lead the football team to an eventual undefeated record and state title. This happens all the while racial tensions were still alive and well at that time.

Yoast died back in May, but he had fond memories of his old friend following his death. “We were as different as night and day. But he and I found a way to talk to each other and trust each other. In the end, he was the best friend I ever had,” Boone tells news outlets in May following Yoast’s death.

A memorial from many who love him

The official Facebook page of Alexandria Public Schools also extended their thoughts on the passing of Boone. They write, “We are truly saddened to hear of the death of Coach Herman Boone today. ACPS and the T.C. Williams High School community will never forget his contribution to bringing our city together post-segregation. Sincerest condolences to his family and closest friends. We encourage you to share your stories and memories of him with us here.”

As a memorial, they share a few photos of him, doing what he does best!

Boone not only leaves quite the mark on the high school’s football program but he also helps shape them into the adults they are today. Wayne Sanders, a running back on the same 1971 team, says, “He didn’t need to say anything. He just looked at you and that look said it all. There was no denial in what he was saying. He meant what he said and he said what he meant.”

The superintendent of Alexandria schools also gave a word on the passing of such a legendary man in the community. “He touched many lives and hearts across the world. He was inspirational for so many people, including me as one of his former students. Alexandria City Public Schools was fortunate to have him as an icon at such a critical time in our history. He will be dearly missed,” says superintendent Dr. Gregory C. Hutchings, Jr.

What an incredible legacy to leave behind. May he rest in peace. Take a look at the clip below from Remember the Titans to watch Denzel Washington portray Herman Boone.

Click for next Article
Previous article: Mother Graduates With Criminal Justice Degree Hoping To Solve Daughter’s Murder Case
Next Post: Mariah Carey Releasing New Music Video For “All I Want For Christmas Is You”