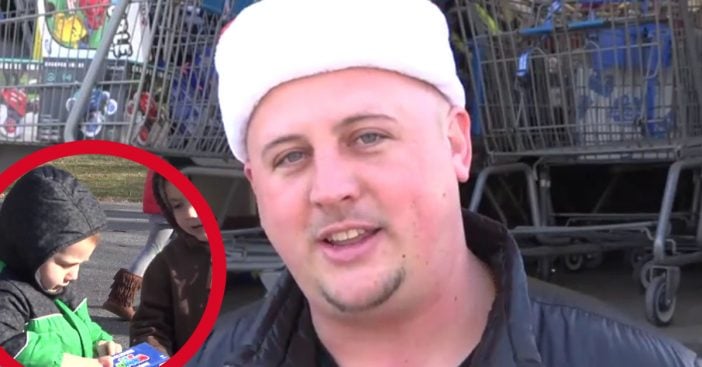 It is important to remember our roots. A thorough look at where we are and where we want to be can completely change our lives. It can also inspire us to change many people’s lives. Such was the case for Adam Armstrong, who grew up with very little and motivated himself to better everyone’s quality of life.

No one can see what the future holds, but we can certainly work hard to shape it. Armstrong did just that and went from barely making ends meet to enjoying a rich, well-rounded lifestyle. After finding such success for himself, he looked back at where he came from to spread his happiness to others. In total, he donated $12,000 in toys of all types, totally for free.

First, Adam Armstrong had to be honest with himself

To figure out how we’ll get to where we want, first we need to see where we are. Armstrong grew up in a government-subsidized apartment complex situated in Harrisonburg, Virginia. At 18, he received a 3-month sentence for possession of marijuana. Armstrong, upon his release, looked at his life and actions and knew this was not what he wanted to be the norm for him.

Adam Armstrong may not have known at the time, but he had just completed his first step in orchestrating a new life for himself: setting a goal. Next came the important part: taking action. Planning can certainly help along the way, but Armstrong was sure to at least keep the momentum going by working a string of several different jobs until he found what clicked. Finally, he got into a mortgaging business that provided him a sense of fulfillment career-wise and filled his wallet to assure stability.

Finally, he wanted to give back to where he came from

Armstrong, 35, has experienced firsthand what living in poverty is like. Now a financially-comfortable father to a three-year-old daughter, he can still empathize with those living in such hardship. When his finances became stable, Armstrong set about to giving to those currently in his former position. Each holiday saw him donating piles of toys to local charity events so all children might experience the comfort he can proudly provide his daughter. All this charitable work culminated in a return to his roots. But he did not go alone. Armstrong set off for his former neighborhood driving a 26-foot moving truck. Inside the massive container sat 1,327 toys piled one on top of another, each one to give all the neighborhood children a happy holiday season.

At first, Armstrong met some resistance. It’s easy to guard against getting your hopes up, which may have been what Sara Lewis-Weeks, the property manager of the complex, was doing when she showed skepticism at the idea. “He comes [into my office] and says, ‘What are you doing on Saturday? I’d like to give away a lot of toys’ and I’m like, ‘Yeaaah, I don’t know about that,’” she told NBC News. “I’m very skeptical at that point.” Armstrong varied his presents greatly, to her additional surprise. “It wasn’t like stuffed animals—he was giving away bikes, remote-controlled cars, real Barbie dolls—not Dollar Store Barbie dolls,” she explained. “He didn’t miss anybody. His heart was truly in this.” Weeks further likened it to an Oprah giveaway for children.

RELATED: Donated Wedding Dresses Are Being Made Into Angel Gowns For Families Who Lost Babies