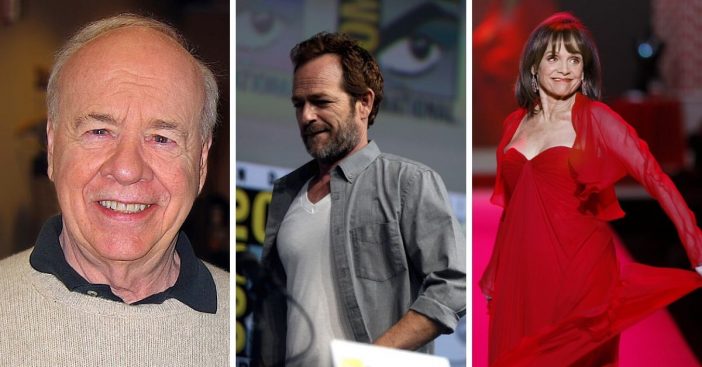 Another star from Beverly Hills, 90210 passed away in March. Jed was also known for his role in Days of Our Lives. He died at the age of 84, likely due to natural causes.

Country music singer Justin Carter died at the age of 35 after a gun accidentally fired while filming a music video.

Actor and comedian Tim Conway died at the age of 85. He died on March 14 after being previously diagnosed with dementia.

Country singer Earl Thomas Conley died at 77 on April 10, 2019. It was confirmed that he was battling dementia at his time of death.

Co-founder of the group The O’Jays, Bill Isles, died at the age of 78.

NASCAR driver Dale Earnhardt Jr.’s mother, Brenda died the day after Easter Sunday at the age of 65. She had been battling cancer.

Read onto the NEXT page for more memories.

Page 3 of 9
Previous article: Dick Van Dyke Looks Great At 94 As He Ventures Out To Run Errands In Malibu
Next Post: ‘Beverly Hillbillies’ Mansion Sells For Record-Breaking $150M