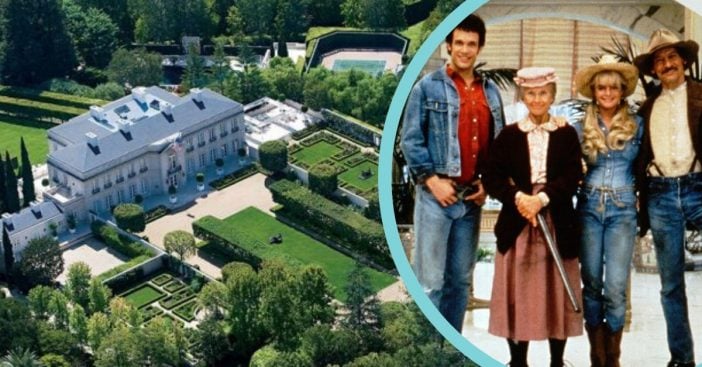 The Chartwell Estate reached an unprecedented price when it went on the market. Now, it sold that way too. The mansion famous from The Beverly Hillbillies recently sold for about $150 million. That final price tag makes this home the most expensive house ever sold in California.

This is no surprise, really, when looking at the fact that when on the market it was considered America’s most expensive home ever listed. The original price was $245 million. Naturally, that price tag needed to go down.

Only deep pockets, full wallets, and a substantial bank account could afford that palatial home

The Wall Street Journal turned to sources close to the home’s sale to get information on the buyer. According to the outlet, the Bel-Air home was bought by Lachlan Murdoch. He is FOX Executive Chairman and CEO, and co-chairman of News Corp. Murdoch now owns a sweeping, French neoclassical-style manor. Within its towering walls are two dozen bathrooms, 18 bedrooms, and a garage. By the way, that garage is underground and can fit not one, not two, but 40 cars.

If the spacious interior gets to be too much, the residents can travel around the ten acres of land. In one corner of their property sits a tennis court. To cool off, simply take a dip in the 75-foot swimming pool. Maybe, to avoid getting totally soaked, cool down by one of the fountains. When the sun ultimately gets too intense, seek shelter in the pool house or guest house. One of those amenities should distract from the $1.3-million property tax bill.

The Chartwell Estate was originally built in 1933. The owner before Murdoch was Univision chairman A. Jerrold Perenchio, who bought it for roughly $14 million in 1986. Before passing away in 2017, Perenchio expanded the property further still.

Believe it or not, that $245 million price tag started even higher. After Perenchio passed away, the Beverly Hillbillies mansion went on the market for $350 million. Eventually, it dropped to $245 million. Only in June of this year did it drop further still to $195 million. Not only is this the most expensive home sale in California, but the second-most-expensive recorded in the entire U.S.

Click for next Article
Previous article: In Memoriam — The People We Lost In 2019
Next Post: Garth Brooks Has A Big Update For Us About His Future Music