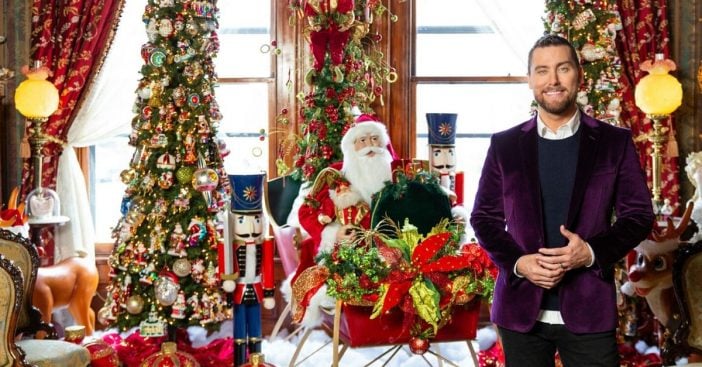 Lance told TODAY, “The thing I love about decorating for the holidays is the memories that come back as you’re decorating. When you’re hanging ornaments on the tree, and one of them is the same ornament you’ve had since you were 10 years old, that brings back so many memories of an innocent time when all was happy and good in the world.”

Lance said he is excited to host the special because he loves to decorate his home over the top for the holidays. He said, “We’re such holiday freaks, especially when it comes to Christmas. My dad would have on Christmas music and take out the video camera every year. I have so many videos of the same Johnny Mathis music playing while we opened up presents.”

While shooting the show, HGTV surprised Lance by decorating his home! Now, he admits they took everything down after filming and his holiday decorations just don’t cut it anymore. “It’s kind of depressing right now. After the show was done filming they took everything down. Now, I have my usual Christmas decorations laid out and it doesn’t even compare to what we had up there! I may have to start all over again.”

Lance admits he saw some crazy things that will appear on the show. “I thought I had seen all the best decorations in the world — but this show was a total eye-opener!” he said.