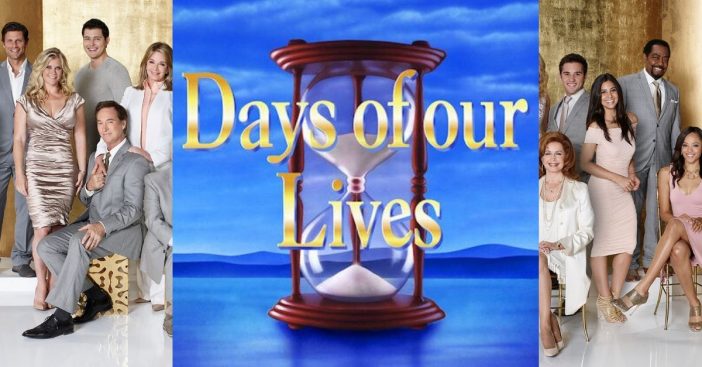 Premiering on November 8, 1965, Days of Our Lives is one of the longest-running scripted television programs in the world. Since it first aired, it ran nearly every weekday since that momentous beginning. This daytime soap opera became an irreplaceable part of the soap opera genre as a whole. Now, however, fans are left worrying over a recent decision that could change everything. Recently, the producers released the entire Days of Our Lives cast from their contracts. This move sets the soap opera up for an indefinite hiatus by the end of November.

TVLine broke the exclusive news and since then, neither NBC nor Sony provided any further comments. This decision comes in the midst of negotiations between Sony Pictures Television and NBC to renew the soap opera. Meanwhile, ratings remain in a precarious place for the soap opera, while viewerships for soap operas, in general, face the same problem.

Immediate effects will not be felt for some time

Despite the dire, imminent nature of this news, the effects won’t be felt for a while. Days of Our Lives shoots eight months in advance, As a result, there will be enough new episodes to last to the summer of 2020. If NBC does renew Days, filming is expected to resume in March. However, with the cast released from their contracts, there is no guarantee anyone will return. Other shows have had some luck returning from uncertainty. Perhaps Days will do the same.

Hope is not lost just yet. Inside sources told TVLine, “All indications are that NBC would like to keep the show going.” This is consistent with attitudes by other networks for keeping their iconic shows. Contracts are worked through by Corday Productions, the show’s production company. Like NBC and Sony, Corday Productions has yet to comment on the situation. Maneuvers such as this reflect changes in demographics and viewing behavior, and everyone is handling it differently.

Even today, this landmark series is trying to shake things up. The Days narrative is jumping ahead by a year on the small screen. Executive producer Ken Corday hopes this will be “a great way to reset things in Salem.” Ideally, this won’t involve jumping the shark. But much like how companies need to shift policies as trends change, Days will keep adjusting as needed. “It will be a catalyst for many more [changes] to follow.”

Since the soap’s debut, the Days of Our Lives cast presented audiences with drama fueled by complex dynamics and an engaging bunch of characters. Primarily, the Hortons and the Bradys took the spotlight, though other families joined the team as the years went by. In keeping with the soap opera drama theme, these families often reappeared to keep things exciting. Now, fans can only wait to see what will become of this motley bunch of characters.

RELATED: The Cast Of ‘The Facts Of Life’ Will Reunite In Christmas Movie