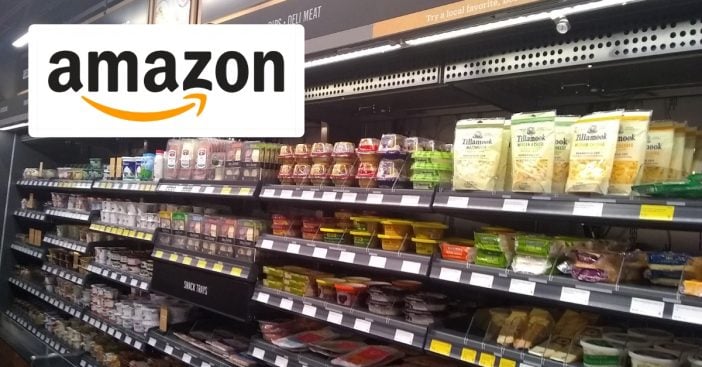 While Amazon now owns Whole Foods, it is still opening a new grocery store separate from the health food chain. Amazon has confirmed that the first grocery store will be open in California next year. Job postings for the new store are already online. The store will be in the Woodland Hills area, a neighborhood in Los Angeles.

Amazon has not yet revealed the name for the new store or if they plan to expand. They have, however, said that it will not be in the Amazon Go format. Amazon Go lets customers check out via cameras, without having to wait in line. The checkout will be traditional at this new grocery store.

Amazon is opening up a new grocery store

The retail giant bought Whole Foods in 2017 and owns over 500 stores. They also offer grocery delivery through their website called Amazon Fresh and have food at Amazon Go locations. Amazon is reportedly hoping to become a bigger player in grocery retailers, right now Whole Foods is not as profitable as other grocery stores like Kroger and Walmart.

According to CNet, “Amazon on Monday posted job openings for a store lead, grocery associates and food service associates at the Woodland Hills store. The store has been reported to be a former Toys R Us that’s about 35,000 square feet in size. When asked if the new stores will compete against Whole Foods or signal a move away from investing in that brand, Amazon said no, offering strong support for continuing to grow that business.”

A spokesperson also said, “When it comes to grocery shopping, we know customers love choice, and this new store offers another grocery option that’s distinct from Whole Foods Market, which continues to grow and remain the leader in quality natural and organic food.”

What do you think about Amazon opening up a new grocery store? If the new one becomes profitable, they will likely open in other locations as well.