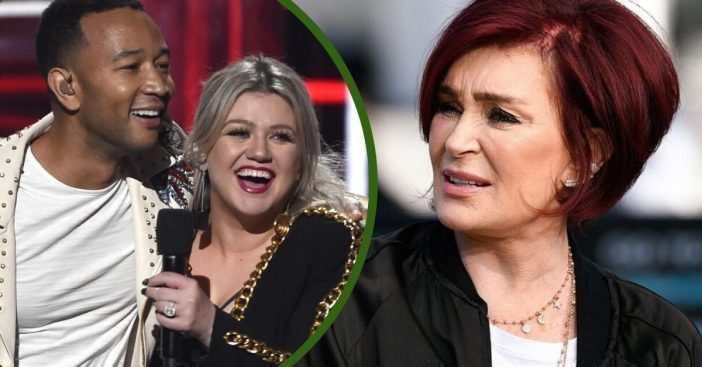 We recently reported that singers John Legend and Kelly Clarkson would be taking on the Christmas classic “Baby, It’s Cold Outside” with changed lyrics. The song made headlines last year when people were calling the song a ‘date rape’ song with sexist/non-consensual lyrics. The newly changed lyrics include, “I really can’t stay (Baby it’s cold outside)/ I’ve gotta go away (I can call you a ride)/ This evening has been (so glad that you dropped in)/ So very nice (time spent with you is paradise)/ My mother will start to worry (I’ll call a car and tell ’em to hurry).”

Well, it looks like Sharon Osbourne is speaking out on these changes. She calls them “ridiculous” and says the rewriting of the 1944 song is unnecessary.

The 1944 song was written by Frank Loesser and he initially wrote it as a duet for him and his wife to sing at parties. On a segment of The Talk, Osbourne didn’t hold back as she talked about the ridiculousness of writing these kinds of songs. “What would John Legend do, if in 40 years, if somebody wanted to… re-record one of his songs, and there was some group that found it offensive, and somebody just went, ‘Oh, I can change the lyrics on that,’” she says.

She takes issue with a very specific line

The 67-year-old takes issue with a specific part of the song. Clarkson sings, “What will my friends think?… If I have one more drink?” to which Legend replies, “It’s your body, and your choice.”

“To change an innocent lyric, to what is it, ‘Your mind and your body’? What the hell are you on? That’s ridiculous,” Osbourne argues. “I have to tell you, I love John Legend. I love John Legend’s wife, his family. He’s an amazing artist that I really respect. Why do you do this? That’s not right.”

The segment concludes with Osbourne stating that people shouldn’t remake a song that they actively already dislike. Most of her co-hosts were in agreement with that statement. Last year, the song was pulled from some radio stations after listeners expressed concern over the lyrics. It’s unknown if the song will provoke more concern this year.

Check out the video below to hear Sharon Osbourne talk about John Legend and Kelly Clarkson’s remake of “Baby, It’s Cold Outside.”