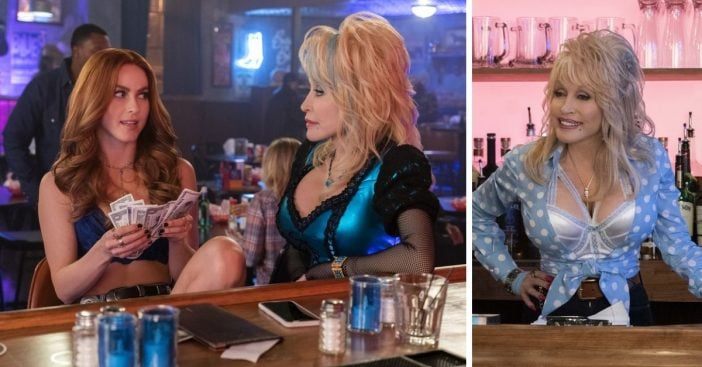 Dolly Parton‘s long-awaited Netflix show will be here in about a month. Heartstrings is set to premiere on the popular streaming service on November 22, 2019. In addition, Netflix has recently released some new photos to get fans excited about the eight-episode series.

Each episode of Heartstrings will center around one of her iconic songs. For instance, according to The Hollywood Reporter, these are the names of each episode: “Jolene”, “These Old Bones”, “J.J. Sneed”, “If I Had Wings”, “Cracker Jack”, “Sugar Hill”, “Down From Dover”, and “Two Doors Down”. Of course, Dolly will appear as a special guest in all of them.

Dolly will introduce each episode and explain the meaning behind each song. In addition, the stories are based on the song and each episode has a different cast. Some of the actors who have signed on to the series include Julianne Hough (she will play Jolene), Ginnifer Goodwin, Kathleen Turner, and Kimberly Williams-Paisley.

In conclusion, which episode are you most excited for? There will reportedly be a new soundtrack from Dolly to go along with the series as well! Hear Dolly talk about her new series on Netflix:

Previous article: The Wine Advent Calendar From Aldi’s Is Back For The Holiday Season
Next Post: 73-Year-Old Suzanne Somers Responds To Backlash Of Naked Birthday Photoshoot