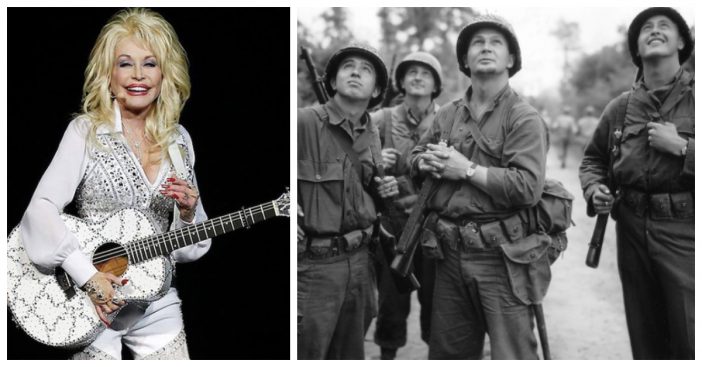 The country icon has recently posted a casting call for some lucky people looking for acting roles. Dolly Parton has confirmed she will be partnering with Netflix to release an anthology series based on her own songs. The show is titled These Old Bones, one of Parton’s songs from 2002.

The gig apparently will pay $75 for eight hours and have broken down by role the kind of people that they’re looking for. In addition to looking for specific genders and races, they are also looking for people who would be willing to modify their real-life appearance for the role or someone who already fits said unconventional role.

As aforementioned, they’re looking to cast certain people in certain roles. Here’s a breakdown of the list, according to Country Living.

WWII soldiers: Caucasian men between the ages of 18 to 26 who are clean shaven and willing to get a period haircut.

1940s townsfolk: Caucasian men and women ages 18 and up. Men should be clean shaven and willing to get a period haircut.

War amputees: Caucasian men between the ages of 18 to 26 who are real amputees. They must be clean shaven and willing to get a period haircut.

Diner staff: African-American men age 35 and up, who are clean shaven and willing to get a period cut.

They’ve also added that facial expressions from Caucasian men age 35 and up must portray “stone-faced yet reactionary citizens.”

Dependent on the role, filming will likely take place from September 11th to the 25th. If you believe you fit the casting requirements, you may send your credentials to [email protected]

Parton has commented on the Netflix series venture, providing her thoughts. She said, “As a songwriter, I have always enjoyed telling stories through my music. I am thrilled to be bringing some of my favorite songs to life with Netflix. We hope our show will inspire and entertain families and folks of all generations, and I want to thank the good folks at Netflix and Warner Bros. TV for their incredible support.”

Be sure to SHARE this article if you’re excited for Dolly Parton’s new musically-inspired Netflix series!

Previous article: Stolen Pair Of Original Ruby Slippers From ‘The Wizard Of Oz’ Were Found 13 Years Later
Next Post: Learn How To Adopt A Dog That Was “Too Nice” To Be A TSA Service Dog