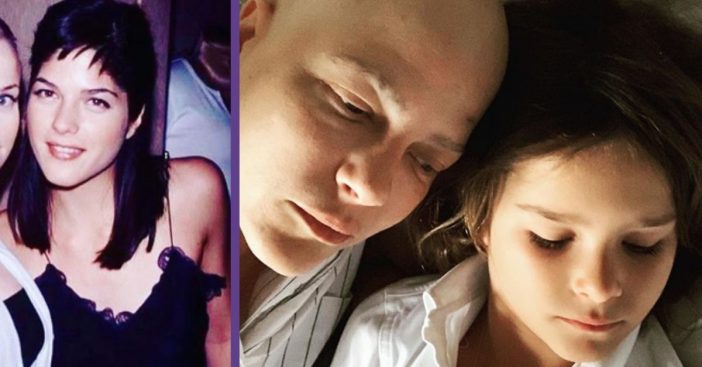 Selma Blair has been dealing with a life-changing multiple sclerosis diagnosis. She came out publicly with the diagnosis in 2018 and has been documenting the journey since. A year after she learns of her diagnosis, she finds herself “out of options”. She still desires to relieve the pain that comes with this debilitating condition. She says that treatments have actually been “largely unsuccessful” at this point in time.

“The disease modifiers did not work for me at the time, and I was really declining more rapidly than I found acceptable,” she reveals at the TIME 100 Health Summit recently. While in search for other treatment options, medical professionals encourage her to try an aggressive form of chemotherapy with a stem cell transplant to restart her immune system.

The actress continues, “I had no intention of doing it, I was like, I’m not ruining my body, what’s left of it. Why would I put this horrible drug, chemotherapy, in me? I don’t have cancer,” she says. “But I was kind of out of options and I was looking.” She was given a microdose of chemotherapy before her stem cell transplant. She says she immediately felt some relief from that. That, alone, convinces her enough to go through with it, but she knew it came with major risks.

“I was warned,” she says. “You kind of make your plans for death, [and] I told my son I was doing this and he said he wanted me cremated. I had more chemo than they usually do for cancer patients, because they almost kill you. And it’s the stem cell that allows you to live with that amount of chemo. The chemo is the MS cure, if it does in fact happen.”

She is in recovery, but still feels she has a long way to go

While she is technically recovering now, she doesn’t feel that she’s fully complete. “I haven’t talked about it much yet because I wanted to show everyone that the proof is in the pudding, but my pudding is still kind of scrambled. I don’t want to scare people away,” she reveals.

Blair says she’s also waiting on her hair to grow back in. She says that’s the least of her worries right now. “That was a small thing, I never minded hair loss or any of those things that were about ego,” she says. “My dream was just to lie next to my son at night and be there as long as I can.”