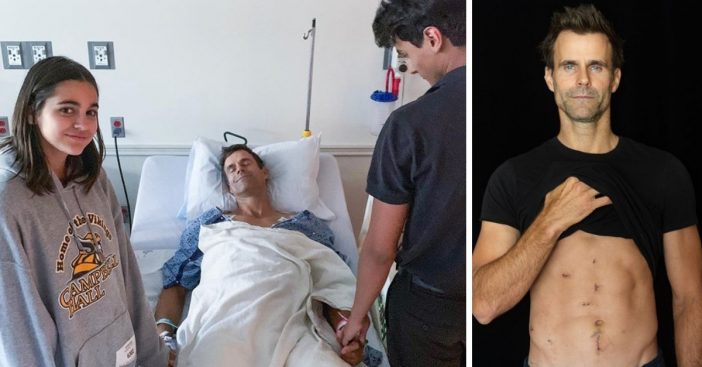 Cameron Mathison, known for his former role on All My Children, shared last month that he had been diagnosed with kidney cancer. He currently hosts the show Home & Family on the Hallmark Channel. He underwent surgery to remove the tumor and now says he is cancer-free.

According to TODAY, Cameron shared, “I’m feeling really, really well. It’s three weeks out of surgery and I honestly didn’t even think that I would be feeling up for coming here tonight, to be part of this event [American Humane Hero Dog Awards]. The recovery has been great, the surgery went really well, the prognosis is very optimistic.”

Cameron shares that he is finally doing really great

“It sounds like it’s been a lot of bad news lately, but really I’ve been so lucky and I’ve had a lot of good news through all this journey, so I’m doing great,” he said. Cameron has shared photos of his health journey on Instagram for his friends, family, and fans.

He recently shared a photo of his scars and wrote, “Half of my life I was focused on the aesthetics of my body and about half of my career I spent shirtless… now I proudly bear the scars that made me cancer-free,” for instance.

Cameron continued by sharing more about his surgery. For instance, he said, “They removed the tumor on my right kidney. In doing so they removed part of the kidney itself but left the majority of it, and then when they did the pathology report and they checked the margins around the tumor, all of that was free and clear of cancer, leading them to believe all indications (are) that the cancer is out and gone. It has not spread to lymph nodes, lungs, any other organs, so I’m cancer-free.”

In addition, Cameron also urges others to be an advocate for their own wellness. He could tell something was wrong and pushed doctors to do more tests. His energy was low and he listened to his body. Now he wants to make sure others do the same to hopefully catch things like cancer early.

In conclusion, we are so glad to hear that Cameron’s surgery went well and he is cancer-free! We hope he continues to heal and get better. Watch this video for his full health update: