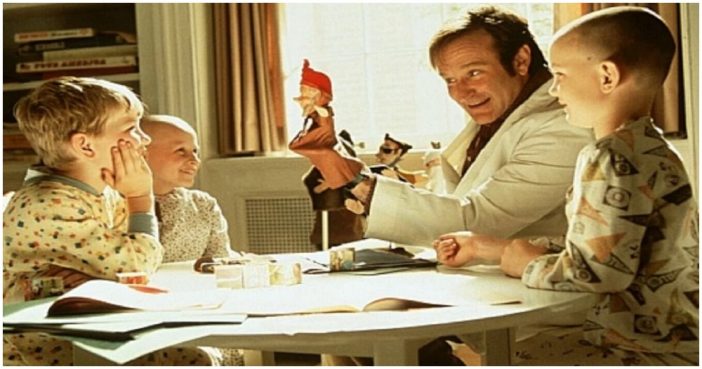 Admit it: you’ve thought about how cool it’d be to have a movie based on your life. You’ve wondered who would play you, and the only possible problem is that the studio executive would get fired for green-lighting such a boring film.

In general, a movie about you’d be pretty great, right? Well, not necessarily. Just how great it’d be depending largely on whether or not the people behind the cameras cared about little things like “accuracy” and “the truth.”

If you’re unfamiliar with the story of Moneyball, it’s a retelling of how Oakland Athletics general manager Billy Beane reshaped the way professional baseball scouts and front offices put together a competitive roster. Let’s ignore that Oakland hadn’t finished worse than second in their division in the three seasons leading up to 2002 (the year depicted in the film), or that the starting pitching rotation had three Cy Young-caliber arms (including that year’s Cy Young winner, Barry Zito) and the team also featured the league’s MVP, in shortstop Miguel Tejada. Because the movie sure as hell ignored it, so who are we to break tradition?

The movie was critically acclaimed, but one person, in particular, hated the thing with a passion: former Oakland manager Art Howe. Howe was portrayed in the movie by Philip Seymour Hoffman, and it apparently angered the A’s manager that he was being played by one of the greatest character actors of all time because it made him look fat. He went so far as to call his portrayal “character assassination.”

But more than that, Howe was upset at the way he was portrayed as nothing more than an old-school baseball dinosaur the game was seemingly passing by thanks to brilliant minds like Beane. One of the big subplots involving Howe was also about a contract dispute, which Howe says was completely fictitious. And going back to Beane’s brilliant new way of thinking, that’s another aspect where Howe took umbrage. As Howe points out, the film makes it appear that monitoring someone’s on-base percentage (that is, obviously, the number of times they get on base in a game) is revelatory. To summarize Howe’s own take on on-base percentage monitoring: “Duh.”

If you’re a great football player, chances are pretty high that you’re going to wind up becoming a household name (at least among sports fans). That is unless you’re an offensive lineman. For the most part, the big uglies up front go ignored in favor of the flashier players they protect, like the quarterbacks and running backs. So you’d think that when The Blind Side came out, making Michael Oher the most famous offensive tackle in the world, he’d be pretty stoked … right? Not remotely, as it turns out. Oher has gone so far as to say that the film hurt his career.

The Blind Side is about a magical white woman who adopts a giant young black man and teaches him the ways of football, setting him on a path to college and, ultimately, NFL stardom. Thank God for Sandy Bullock! Only, as Oher has said time and again, that’s not remotely how things went down. Yes, the Tuohy family took Oher in, and they have indeed become his family. But in the film, Oher is portrayed as a gentle giant who’s unfamiliar with football but tests high in “protective instincts” (because, sure, that’s a thing on standardized tests), so he’s put on the football team and taught how to be great by the little white woman. In real life, by this point, Oher had already been playing football for years.

In the past year or so, Oher has come to terms with the film, by saying “that’s not me” and treating it, more or less, as an inspirational fictional story that kind of resembles his own life.

Quick: name the rappers involved with the groundbreaking group N.W.A. There’s Dr. Dre, and Ice Cube, and Eazy E, and … and … someone else, probably? Actually, there were two someone else’s, and one of them was less than thrilled with the way he was portrayed in the film Straight Outta Compton.

DJ Yella and MC Ren are the two guys who got the short end of the stick when it came to the movie, because, well … obviously. Everyone knows Dr. Dre and Ice Cube, and Eazy E is one of the most famous gangster rappers of all time. And while MC Ren thought the movie was great overall, he was less than thrilled that his characterization amounted to “glorified extra.”

You can’t really blame him, either. It’d be like making a movie about The Beatles and focusing exclusively on John and Paul while pretending Ringo was only occasionally around. As the New York Times film review said, “If you didn’t know the N.W.A. members MC Ren and DJ Yella before, you’re not likely to know them after, as they’re inconsequential to this telling.” From the early going, MC Ren felt that the film was disrespecting him and his contributions to one of the most famous (and infamous) rap groups of all time. At the end of the day, MC Ren simply felt that his legacy was ignored, and any credit for the group’s success was given to its three most famous members. But hey, Ren, look at the bright side: at least you’re not stuck doing terrible family comedies like some of your brethren.

Ah, Remember the Titans. The movie that taught us that racism can be cured through football and Motown music, and the moment in time when Hayden Panettiere stopped getting any taller. It’s no secret that a lot of the movie was fudged a bit, because this is a Disney film, after all. For instance, the high school in question had been desegregated about five years prior to the season (1971) depicted in the movie, and while there was some racial tension in town (this was Virginia in the early 1970s, after all), it wasn’t nearly as prevalent or violent as the movie suggested when it came to the football team and the coaches.

But according to one former real-life member of the TC Williams Titans, there was a major antagonist that the film seriously mischaracterized as a hero: Herman Boone played in the film by Denzel Washington. At least, that’s what Greg Paspatis, who played for the Titans in 1977, had to say. Now, obviously, since he played six years after the season depicted in the film, you won’t remember this particular Titan. But Paspatis was decidedly livid with how his former coach was portrayed.

According to Paspatis, Boone was the biggest jerk who ever walked the streets of Alexandria, Virginia, and before the decade was over, he was forced to walk away from his coaching job when his players mutinied. So what we’ve got here, according to a former kicker for the Titans, who later became a volunteer statistician for the school and a local sports historian (so he does speak with some authority on this particular subject), is a disgraced former coach who was pretty widely hated by his players, elevated to legend status by Denzel Washington and Mickey Mouse. Seems fair.

Look, we’re not going to pretend that any film directed by Michael Bay should be taken seriously, let alone be held up as a beacon of historical accuracy in the film. But, at a mere 49 percent on Rotten Tomatoes, Pain and Gain is, remarkably, the third-best-reviewed film he’s directed over the years (behind only The Rock and 13 Hours). It stars Mark Wahlberg and The Rock, and tells the ostensibly true story of some Miami bodybuilders who get mixed up in a life of crime, to comedic results. Only, in real life, there was nothing funny about these thuggish criminals, and there was certainly nothing funny about the film’s starring trio kidnapping and torturing them.

In the movie, the character they kidnap is, as played by Tony Shalhoub, an unrelentingly terrible person, so we guess you’re supposed to be okay with him being brutalized? In reality, however, that wasn’t remotely the case. The real-life victim in question was a man named Marc Schiller, who later filed a lawsuit against Paramount Pictures for the way he (and this crime) were portrayed. Paramount settled with Schiller for “an undisclosed amount.”

Schiller, at the time of his kidnapping, owned an accountancy firm and a deli, and his ordeal began when he broke off business dealings with a friend named Jorge Delgado, who was becoming increasingly under the influence of Daniel Lugo (Wahlberg’s character in the film). The often coked-up bodybuilders took advantage of the moderately wealthy Schiller, kidnapping and extorting him, and very nearly killing him. We can’t imagine why he was less than thrilled with the way it was portrayed. Sounds like a laugh riot to us!

Page Page 1 of 4
Previous article: 8 Brilliant Dollar Store Hacks That Are Guaranteed To Save You Money
Next Post: 17 Famous People Who Died Practically Penniless