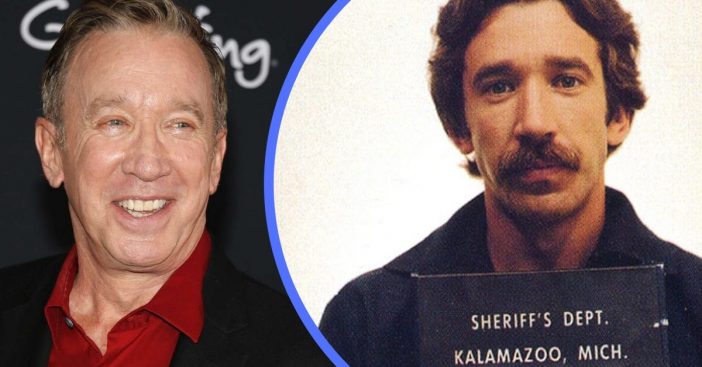 Tim Allen is known for his amazing work with Last Man Standing, voicing Buzz Lightyear in the Toy Story saga, and many other shows/movies. He manages to keep a very private life. In a new interview, he talks about many obstacles he’s had to overcome in life. He also talks about how comedy was his main coping mechanism during those hard times.

The actor served nearly two years for cocaine possession, has been arrested for a DUI, and has entered rehab previously. Now, he’s coming up on 21 years sober and we’re so proud of him!

Tim Allen gets candid about being sober

“I don’t want to be too philosophical about it, but comedy is my coping mechanism. It always has been,” Tim says of his craft.

“To be perfectly frank, I’m going on 21 years sober. That’s the biggest blessing in my life,” he says. He also reveals a big help in his life has been staying healthy and in shape. He eats healthy, hydrates, does cardio, lifts weights, and even meditates. “I can get myself so wound up in worrying or stress and I just gotta sit still.”

Family is also a huge part of Tim’s life. He spends a lot of time with them playing golf, going to the theater, or traveling to their cottage in Michigan. Despite this, he has been open in that he still feels like he struggles to balance both his work life and personal life.

“I constantly feel like I’m underachieving both. I think I work too much—because I love my work—and I’m not 100 percent sure I engage with my family enough,” he says.

Tim also says that whenever he’s feeling overwhelmed, he tries to channel his inner Buzz Lightyear and tries to be present. That’s just too adorable!

“It’s all right here,” he says. He also tells himself, “It’s all gonna be all right.” It certainly is! We’re so happy for Tim’s progress over the years and that he’s still thriving. Check out the video below to see Tim Allen really get into detail on his troubled past, and how he manages now!

Speaking of him, Take a look at what the voice actor had to say about recording the final scene for the legendary Toy Story 4! What a tearjerker!

Click for next Article
Previous article: Beth Chapman’s Daughter Gives Update On Health With Image From Her Bedside
Next Post: Do You Remember These Slang Terms From The 1960s?