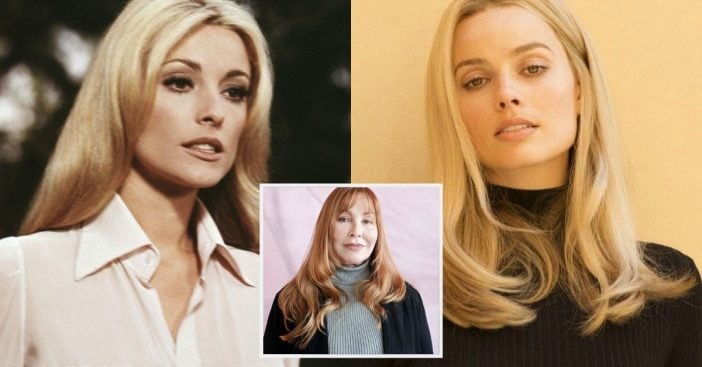 In 1969, Sharon Tate was a blossoming actress. Married to Roman Polanski and 8.5 months pregnant with their child, she was about to embark on a new and exciting chapter in her life. However, at just 26 years old, she was murdered by members of the Charles Manson cult. We actually just passed the 50-year mark of when the murders took place.

Tate is portrayed by actress Margot Robbie in the new Quentin Tarantino film, Once Upon a Time in Hollywood. In a recent interview, Sharon Tate’s sister, Debra, opens up about what she thinks about her late sister’s portrayal in the film.

Debra says that she approves of the portrayal of her late sister, done by Robbie. However, she wishes that director Tarantino would have given more attention to the actress in the film. “I mean, I really wish that Quentin Tarantino would do the Sharon Tate story, and I would love to see Margot play [that]… But that was not the movie that Quentin had written, and I knew it and I understood it,” she says.

“And it was his vision. I’m not going to tell anybody that has done such a wonderful job, and a respectful job at honoring a particular situation, that they have to do my version of a story. Although I really wish he would’ve.”

Tate’s sister advocates for victim’s rights to this day

Debra also states that she was deeply affected by seeing Robbie perform as her late sister. “She made me cry because she sounded just like Sharon,” Debra says upon visiting the set of the film. “The tone in her voice was completely Sharon, and it just touched me so much that big tears [started falling]. The front of my shirt was wet. I actually got to see my sister again… nearly 50 years later.”

Decades later, Debra remembers the fateful night that she got the phone call that her sister had been part of the Manson family murders. “I got out of the shower without even rinsing the soap out of my hair and got on the phone,” she says. “I felt like there must have been some sort of mistake.”

Their mother, Doris, has spent many years being a trailblazer for victim’s rights. She would help pass the Victims’ Bill of Rights in California in 1982, allowing for victim impact statements. Doris also founded the Coalition on Victims’ Equal Rights before her death in 1992.

Debra Tate may love her late sister’s portrayal in the new film, but Bruce Lee’s daughter was not happy about his. Read more about those details here!

Previous article: Willie Nelson Has Canceled His Tour Due To Breathing Issues
Next Post: How Rock And Roll Legends Would Look If They Were Still Alive Today