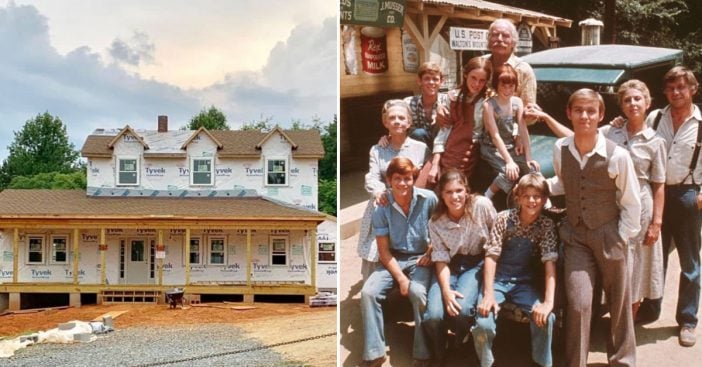 Do you remember watching The Waltons? It was on air in the ’70s until the early ’80s. The show focused on a family who lived in rural Virginia during the Great Depression and World War II. It was set in a fictional city but based on the community of Schuyler in Nelson County, Virginia.

Now, a bed and breakfast inspired by the popular show has opened in Schuyler, and some of the cast of The Waltons came for the grand opening!

Check out photos of ‘The Waltons’-inspired bed and breakfast

The bed and breakfast is called John & Olivia’s Bed & Breakfast Inn. It is located right across from the Walton’s Mountain Museum in Schuyler. The Walton Hamner House is next to the bed and breakfast. It is the childhood home of Earl Hamner Jr. He is the creator of The Waltons and his former home is now a tourist destination.

Learn more about the caretakers of the inn

Even though the place is called John & Olivia’s, the caretakers are named Laurie and Frank Lane. They recently talked about how this inn is coming along.

Laurie said, “You will recognize it both inside and out. Good progress is being made; the roof is complete and the windows are in place. The next steps include finishing the inside of the inn and the different rooms.”

To get people excited about the upcoming opening, they invited the public for an “autograph party” earlier this month. People who came to the party were able to sign their name and add their favorite quote from The Waltons, a bible verse, or another quote to the inside frame boards or steps inside. These writings will be there forever.

The inn is equipped with five rooms inspired by The Waltons.

Do you remember how the Waltons always said “goodnight?” In addition, they will be offering guests the option of having the caretakers say goodnight to them, just like on the show. Reportedly, they already have some special guests in attendance for the opening and someone special reserved a room for New Year’s Eve.

The grand opening was on October 25 and 26, 2019. This was the same time as a “Forever Friends of The Waltons” reunion event which the video below has coverage of! Some of the cast members including “John Walmsley, who played Jason Walton; Judy Norton Taylor, who played Mary Ellen Walton; Eric Scott, who played Ben Walton; Mary Elizabeth McDonough, who played Erin Walton; and Kami Colter, who played Elizabeth Walton,” attended the festivities!

In conclusion, would you want to stay at this throwback bed and breakfast?

Find out what the cast of The Waltons is up to these days!