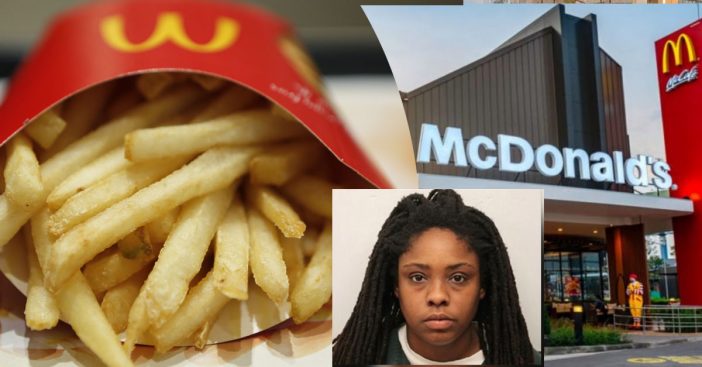 What would you do if you ever got cold fries from McDonald’s? Maybe just return them and get a new set of hot fries, right? Well, one woman from Georgia was definitely not happy about her cold fries. In fact, she barges into the kitchen immediately after and fires off a gun. The owner of the McDonald’s franchise in Garden City, GA says the woman received her order, then returns to the counter to complain about her cold food.

The manager went into the kitchen to retrieve hotter fries, but the woman allegedly follows the manage with a gun in her hand! She barges into the kitchen and fires her gun at the floor. The woman was gone by the time police showed up, but they were able to track her down and arrest her.

This ‘cold fries’ situation isn’t the first of its kind

This situation is not the first of its kind. It comes just a month after a Tennessee woman was arrested at a McDonald’s for attacking a drive-thru manager with a stun gun. However, this situation was apparently not because of cold fries. Instead, the customer was allegedly mad about the wait in the drive-thru line. The customer also said that the manager deserved to be hurt “because he had voted for Donald Trump in 2016.”

The funny part is, the manager at the time was too young to vote at the time, so the customer’s assumptions/allegations were completely false.

Additionally, just last December a Florida man was caught attacking a McDonald’s employee over an argument about a plastic straw. The man was soon sentenced to 60 days in jail. We don’t know specifics, but that sounds a bit over the top, no?

Can you believe this story? So many people have reported on it already and cannot believe the ridiculousness of it. Check out more details in the video below!

Did you know that there is only one U.S. state capital in the whole country that doesn’t have a McDonald’s restaurant? Find out what this location is!