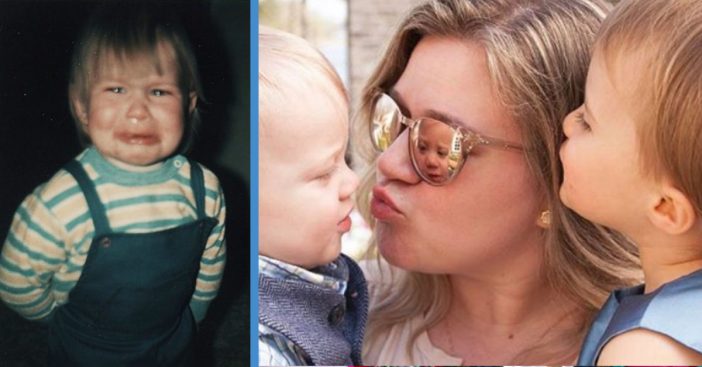 Kelly Clarkson opened up about how she disciplines her children. She said that she does spank them, and doesn’t see anything wrong with it. She knows that this is a controversial view, but it is pretty common to spank children in the South where Kelly is from.

Kelly has two kids. River Rose is five years old and Remy is three. Kelly knows that not everyone will agree that spanking your children is okay, but she clarifies that she doesn’t hit them hard, just a light spanking. According to Little Things, she said, “I’m from the South, y’all, so we get spankings.”

She continued, “My parents spanked me, I did fine in life, and I feel fine about it.” Kelly says that things don’t usually go that far though. Her kids get a warning and generally they behave before it ever comes down to getting a spanking.

Since Kelly is so famous, she said she feels very self-conscious if she has to discipline her kids in public. Of course, as singer Pink knows very well, everyone seems to have a different opinion on how other people should raise their kids.

Kelly said, “So that’s a tricky thing when you’re out in public, ’cause then people are like, you know, they think that’s wrong or something, but I find nothing wrong with a spanking.”

Spanking has gotten to be quite a controversial topic. Pro-spanking parents say that there is a huge difference between spanking and actual physical abuse. However, even The American Academy of Pediatrics does not recommend it as a disciplinary measure anymore, citing that it could have harmful effects on the kids later in life.

There have been no studies that show any positive aspects of spanking, but many adults say they turned out just fine. So, why do some parents spank their kids? It tends to correct bad behavior, but time-outs or extra chores can help too. Ultimately, it is up to the parents whether or not they decide to spank their kids, as long as they are not physically abusing the kids further.

What’s your take? Do you spank your children or grandchildren or do you think it is mean?

Here are some other things we did back then that people rarely do these days!

Previous article: Watching Nostalgic TV Shows Could Have Health Benefits
Next Post: Robert Irwin Looks Just Like His Dad While Feeding A Crocodile