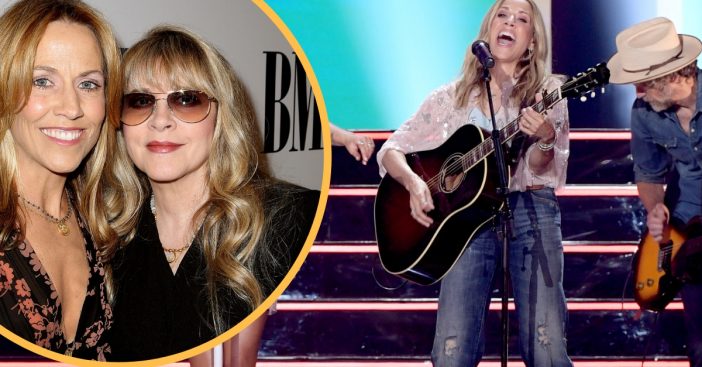 Singer Sheryl Crow is releasing a new collaborations album called Threads on August 30, 2019. The album contains amazing songs with artists such as Stevie Nicks, Maren Morris, Willie Nelson, Sting, and more. She recently revealed the tracklist, which has a lot of fans excited about the album release!

One of her songs is actually an old one that she sang with Johnny Cash, but most are newer songs. She sang one of the newer collaborations at the 2019 CMT Music Awards last week. Sheryl premiered the song “Prove You Wrong” with Stevie Nicks and Maren Morris and the crowd seemed to love it!

Take a look at the incredible tracklist below:

In a press release, Sheryl said this about her new album: “I became inspired to record an album of musical experiences with the legacy artists who inspired me to want to be a great songwriter, musician, and producer. It is a celebration with them, and a tribute to them.”

She continued, “Just as importantly, I wanted to work with younger artists on this record, who I believe will pick up the torch and continue to light the way for humanity with their stories and their songs for many years to come. Their music inspires me every day.”

Are you excited for Sheryl Crow’s new collaboration album? Listen to one of the new songs below! She performed one of her new songs with Bonnie Raitt and Mavis Staples on The Ellen Degeneres Show recently and we love it:

Joan Jett and Sheryl Crow once opened for Heart! Relive the memories here.