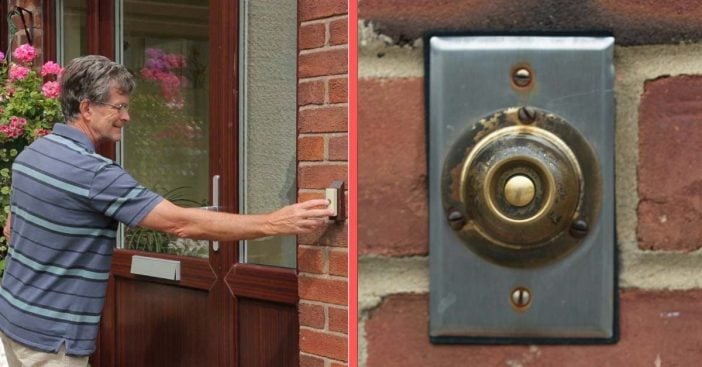 Back in the good old days, people would go up to someone’s door and ring their doorbell to let them know they had arrived. In this day and age, millennials will pull into the driveway and simply shoot a text to their friend saying “here.” I’m part of the millennial group killing the doorbell industry. I can’t remember the last time I actually used one to announce that I had arrived!

It’s one of the most-talked-about topics on social media now. One Twitter user sent out a message saying, “Can someone write an article on millennials killing the doorbell industry by texting ‘here’.” What do you think about this?

In response to the initial tweet, one person actually brought up another reason for why they are eliminating them. “The doorbell legit scares me now. I jump every time. It just seems so aggressive now when you could just text,” says one Twitter user. I am guilty as charged, I get a little frightened when the doorbell rings. This is mostly because my parents always taught me to never answer the door if I’m not expecting anyone, as it could be potentially dangerous. But back in the old days, this wasn’t a concern!

The doorbell legit scares me now. I jump every time. It just seems so aggressive now when you could just text.

One person who is a delivery driver of almost two years also shares that many homes he delivers to have doorbells that don’t work at all. This implies that when it stops working, the homeowner doesn’t take any extra steps to repair it. Another loss to the industry.

Some Twitter users have even said that they prefer a text in advance so to not disturb sleeping pets or babies. Many pets freak out at any noise going off and babies disturbed in their sleep may obviously cry.

My cat is always on high alert when the doorbell goes. My neighbour even has a key and texts me when she is coming round, so she doesn't ring doorbell. Delivery guys are worst. Rings the bell for so long think cats going to have a heart attack.

While this normal, everyday thing is now labeled as ‘old-fashioned’ and texting “here” is simply that much easier, everyone can agree that times have changed. The doorbell is a different means for different generations now.

“Ringing a doorbell is like a voice call at this point; it’s either an elderly relative or some kind of scam,” says one Twitter user. If that doesn’t “ring” true, I don’t know what does.

It’s no secret that as the years progress, the way we use everyday items is changing.

You probably wouldn’t have even thought of the fact that millennials may be killing classic American cheese brands! Find out why.

Previous article: Dad Chatting With Infant Son About TV Finale Is The Cutest Thing On The Internet This Week
Next Post: Brian Wilson Releases Heartbreaking Statement And Postponed His Tour