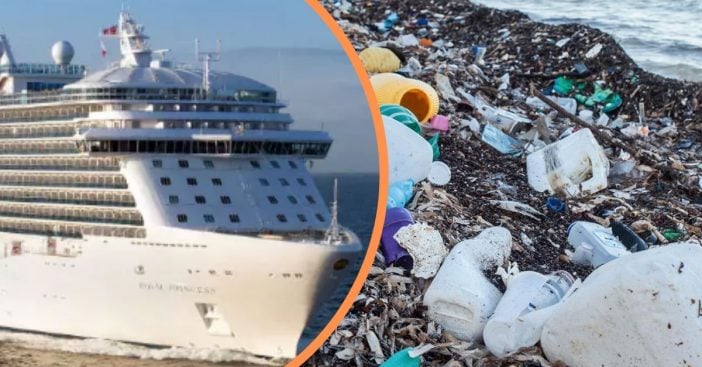 Carnival Corp is now to pay a $20 million fine after Princess Cruises, a subsidiary, admits to dumping trash into the ocean back in 2017. According to a court filing, Carnival released food and waste into the ocean and failed to accurately record waste disposals. They also created false training records and secretly examined ships to fix environmental-compliance issues before third-party inspections.

The settlement requires Carnival to pay the $20 million within seven days. They will also receive additional ship inspections and devote more resources to ensure compliance with the 2017 settlement. They are also to establish teams to improve waste management.

Carnival speaks out about dumping trash into the ocean

A Carnival representative released a statement on the situation to the public: “Carnival Corporation remains committed to environmental excellence and protecting the environment in which we live, work, and travel… Our aspiration is to leave the places we touch even better than when we first arrived.”

Reports say that if Carnival will be reprimanded if they do not meet the deadlines set in place for the 2017 settlement. They will need to pay an additional $1 million-$10 million per day dependent on the penalty.

This isn’t the first time that Carnival has been under fire for throwing their trash into the ocean. In 2017, they pleaded guilty to illegally releasing oil into the ocean and blatantly hiding the fact. As a result, they were ordered to pay a $40 million fine. They have also since been on a five-year probation, which requires a third-party inspector to examine the ship.

It sounds like they’re not doing too well with that probation. A report from 2017 shows that the third-party inspector found over 800 violations during the probation period from 2017 to 2018.

A Carnival representative told Business Insider back in April about the multiple issues of violations on their end. “These issues were unacceptable failures in our processes that were not in accordance with our policies and procedures, and do not reflect the culture we have built at Carnival Corporation and across our nine cruise line brands,” they said.

“We have been taking steps to address the improvement areas mentioned in the report, and to build on the positive progress noted by the court-appointed monitor to make sure we are in full compliance moving forward.”

Speaking of cruise lines, check out an insider’s perspective on what the Bon Jovi cruise was like. It sounds like a really fun time!