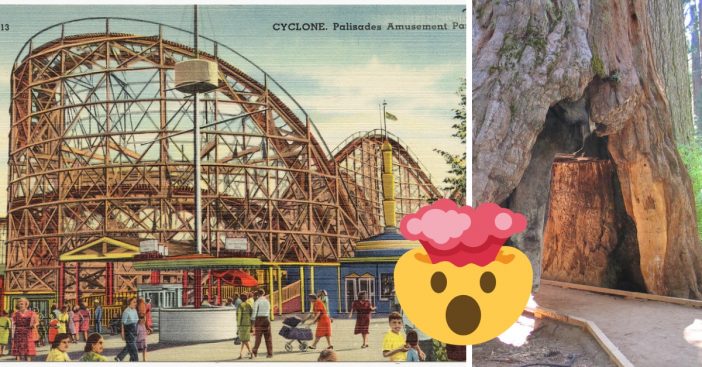 The Sutro Baths were a large, public saltwater swimming pool in San Fransico, California. It was built in 1896 and was very popular, but didn’t end up making the businessman who built it any profit. The baths were destroyed by a fire in 1966.

Palisades Amusement Park was an amusement park in New Jersey. It was opened in 1898 and was once one of the most visited amusement parks in the United States. It closed in 1971 and there is now a high rise apartment complex where the park once stood.

Kaimu Beach in Hawaii was a very popular tourist attraction that had black sands. However, in 1990, a volcano erupted nearby and covered the beach with lava.

Have you been to any of these beautiful tourist attractions in the United States that no longer exist? Or have you heard a relative talk about visiting them?

Family vacations were so much better in the ‘50s and ‘60s, do you agree?

Page 2 of 2Page
Previous article: Do You Remember | The Six Most Most Watched Live Television Broadcasts In History
Next Post: Harrison Ford Says That Nobody Can Replace Him As Indiana Jones