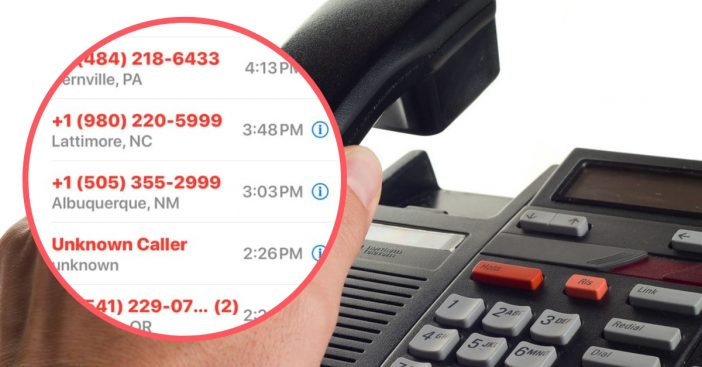 The Federal Communications Commission (FCC) has issued a warning about those annoying robocalls you might receive daily. Have you ever gotten a call from a random number where it only rings once and hangs up? Those are specific “One Ring” or “Wangiri” robocalls.

These calls often target specific area codes and will call multiple times in a row. Some may even call in the middle of the night which can lead to panic or restless sleep. These numbers call and hang up so quickly so you call the number back. The FCC warns that you should never call these numbers back.

What happens when you call these robocalls back

If you call one of these numbers back, it may result in per minute toll charges. If you’ve ever called a 900 number, it is a similar situation, but this is a scam. Some of these calls are also considered Wangiri, which means ‘one ring and cut’ in Japanese. Japan is likely where these calls originated.

The FCC analyzes these spam calls regularly. They reportedly analyze over 13 billion calls per month. This specific scam came to the United States in 2013 and has only increased in recent years. Many of these calls have been linked to Sierra Leone in West Africa.

Cities with a high number of these robocalls

Do you frequently receive spam calls? Do you receive these calls that ring only once and hang up… have you ever called them back? Now you know that you shouldn’t! You should also never reveal any personal information to someone you don’t know over the phone.

Remember, you can block any number on your phone that you know is spam. You can also report the numbers to the FCC here or add your number to the Do Not Call List online.

Please SHARE this FCC warning with all of your friends and family to help them stay safe and reduce these spam calls!

Watch the video below to learn more about these robocalls and how to prevent them in the future:

Previous article: Sears Just Rolled Out A New Logo And It Looks Very Familiar
Next Post: Here’s How To Get An Upgrade At The Hotel On Your Next Trip