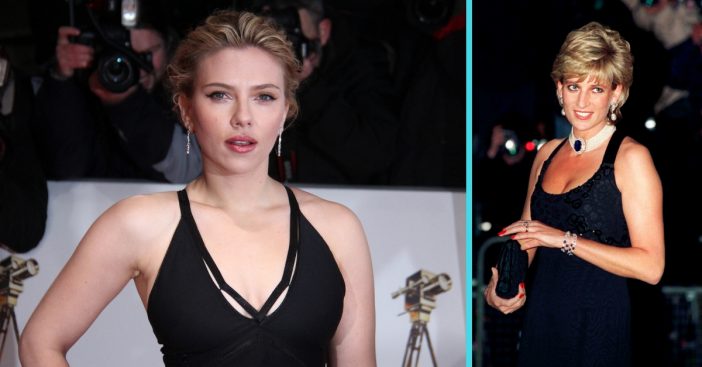 Actress Scarlett Johansson recently went through a traumatic experience with the paparazzi. Her experience made her warn the dangers of aggressive photographers and brought up Princess Diana‘s death. Recently, Scarlett and her team were stalked by swarms of paparazzi after leaving Jimmy Kimmel Live.

Scarlett said that even after Princess Diana’s death, largely caused by paparazzi stalking her vehicle, laws were never changed. There are no laws to protect stars from being harassed by photographers, who will do anything to get a great photograph and sell it to the highest bidder.

Learn more about the incident

According to TODAY, Scarlett said, “I was followed by five cars full of men with blacked out windows who were running red lights and putting other drivers and pedestrians at risk so they could follow me to find out where I was staying and subsequently stalk me and my young daughter for the duration of my stay.”

She continued, “The paparazzi put people’s lives at risk, so they can wait for days in quiet neighborhoods in blacked out cars and try to follow me to the playground and photograph my child and other people’s children in a safe place that should be off limits, but isn’t. All of this is perfectly legal.”

Scarlett encourages others who are in a similar situation to go to the police. She also hopes to help bring laws into practice to protect people’s privacy from the paparazzi, especially young children. Scarlett warns that if new laws are not put in effect that more deaths could occur because of the paparazzi’s dangerous acts.

Princess Diana and her then-boyfriend Dodi Fayed and their driver, Henri Paul were killed in a car crash in 1997. This was after the paparazzi were closely pursuing the vehicle and many blame the photographers for their untimely deaths.

Scarlett continued,  “I would encourage others in a similar situation to go to the police. Women across the U.S. are stalked, harassed and frightened and a universal law to address stalking must be at the forefront of law enforcement conversations. Until paparazzi are considered by the law for the criminal stalkers they are, it’s just a waiting game before another person gets seriously injured or killed, like Princess Diana.”

What do you think about Scarlett’s statement and the scary incident she had to deal with? We hope that laws go in effect to stop things like this from happening before there is another injury or death!

If you found this article interesting, please SHARE with your friends and family!

Learn more about Scarlett’s scary run-in with the paparazzi:

Previous article: ‘The Young & The Restless’ Brings Back Characters To Honor Kristoff St. John
Next Post: Why Robert Plant Has Refused To Take Part In Led Zeppelin Reunion Tour