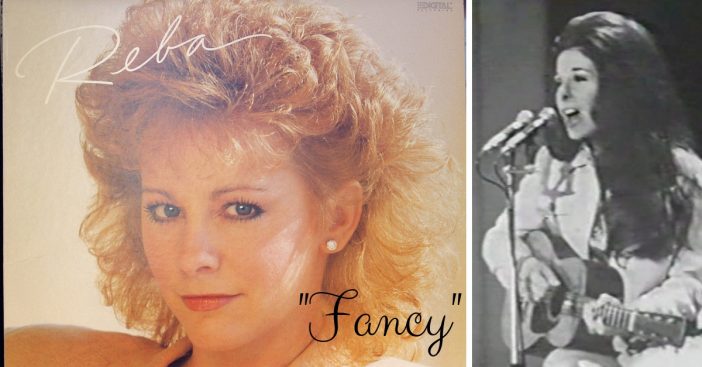 Reba McEntire recently shared the meaning of her song “Fancy” which remains one of her most popular hits. Reba wasn’t the first singer to record the song. “Fancy” was first written and recorded by country singer Bobbie Gentry in 1969.

The song “Fancy” is a story of a woman looking back to when she was 18 years old. She was poor and had to make ends meet. Take a look back at some of the lyrics below.

I remember it all very well lookin’ back
It was the summer I turned eighteen
We lived in a one-room, run-down shack
On the outskirts of New Orleans
We didn’t have money for food or rent
To say the least we were hard-pressed
Then Mama spent every last penny we had
To buy me a dancin’ dress

She went out, charmed men, and made a new life for herself. The song ends with her thanking her mama for originally buying her that dress and pushing her to change her life. Reba calls this song a ‘rags to riches’ story and said she loves singing about these types of stories.

But though I ain’t had to worry ’bout nothin’ for nigh on fifteen years
Well, I can still hear the desperation in my poor Mama’s voice ringin’ in my ears

Well, I guess she did

While Bobbie’s original version only made it to #26 on the country charts, Reba’s version soared to #8 when she released it in 1990. It was released on Reba’s Rumor Has It album. Reba said it had always been one of her favorite songs, so when she got the chance to cover it, she jumped at it.

Reba also played the part in the music video for the song. The story of “Fancy” isn’t a true story, but we wish they would turn it into a movie! The music video certainly suggests that it could be turned into a blockbuster.

Do you love the song “Fancy”? Do you prefer Bobbie Gentry’s version or Reba’s? If you enjoyed this article, please SHARE with your friends and family who love this song! In the meantime, check out Reba McEntire’s most recent performance of this show-stopping favorite at the 2019 CMAs!