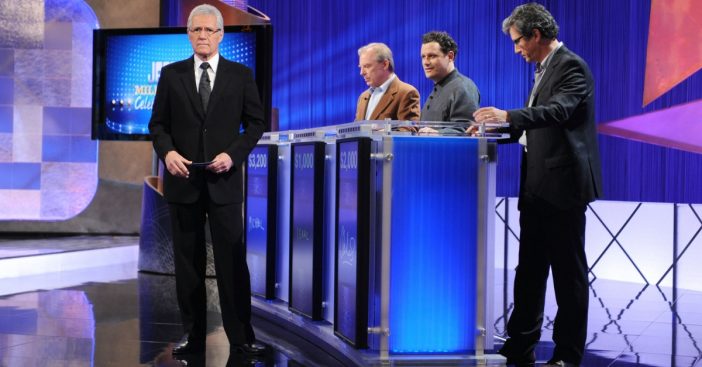 Alex Trebek has been nothing but courageous and gracious for all of the support he has received following the announcement of his stage four pancreatic cancer diagnosis. Trebek says that he plans to beat the low survival rate statistics of pancreatic cancer and has remained incredibly brave and also transparent with his following about what is going on.

The game show host of Jeopardy! received an outpouring of love, texts, and much more… so much that he made a follow-up video to his cancer announcement, thanking everyone who’s been supporting him.

“I just wanna take a few moments to say thanks to the, believe it or not, hundreds of thousands of people who have sent in tweets, texts, emails, cards and letters wishing me well following my recent health announcement,” Trebek said in a video posted to the official Jeopardy! account.

“I am thankful for the kind words, the prayers and the advice you have offered, and I’m extremely touched by the warmth you have expressed in your comments to me,” he continued.

While Trebek also stated that he is just simply not able to respond to all of the messages he receives, he has assured everyone that he reads everything he receives. He says at the end of the video that he’s a “lucky guy.”

One former Jeopardy! contestant Ken Jennings, who actually had the longest winning streak ever on the show, looked back on his memories with Trebek on the show. He called the game show host “the epitome of the old-school broadcaster.”

Trebek has even been in touch with actress Olivia Newton-John, who is battling a third cancer diagnosis of her own. She told Entertainment Tonight what she said to Trebek and it was basically to not sweat it, don’t read into the things that people and health articles are saying, and to do what’s best for himself.

“I sent him a message saying, ‘I know you can get through this,’ and, ‘Don’t listen to stage 4 and all of (that),'” she said, “Don’t read the statistics and stay focused and see how you can heal yourself. That helps.”

We are all rooting for Alex Trebek during this time! We know he has the support and resources to hopefully pull through.

Be sure to SHARE this article if you love Jeopardy! as much as we do!

Check out the full message from Alex Trebek on all the support he’s received below:

Previous article: ‘Jeopardy!’ Questions That Even The Smartest People Couldn’t Get Right
Next Post: Celine Dion Is The New L’Oréal Paris Spokesperson At 51 Years Old