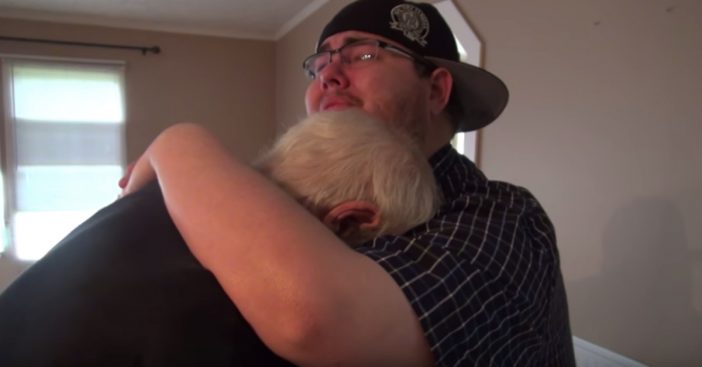 One man named Michael just singlehandedly won son of the year for gifting his father, Charles, a new house and his dad had the most tearjerking and heartwarming reaction. Michael told his dad that he wanted his opinion on a house that he wanted to look at. The catch is, the house Michael brings his dad to is actually for him!

“For the past few months, Bridgette and I have been taking dad house hunting with us. The idea was to make him believe we were searching for a house for us when in reality we were just having him choose his own,” Michael explains.

As the trio visit each house, Michael’s dad is super impressed by them and excited for his son! He believes that he is still judging each house on his son’s behalf, and when he gets to the house featured in the video, he says,  “Michael, I like this. This is nice.”

That’s when Michael drops the bomb on his dad, and says, “Dad, I got you a house…” then hands the house key over to him. His dad is in utter disbelief. His dad’s reaction says more than words could ever explain.

Please SHARE this article with your friends and family!

Check out the full video below and grab some tissues: