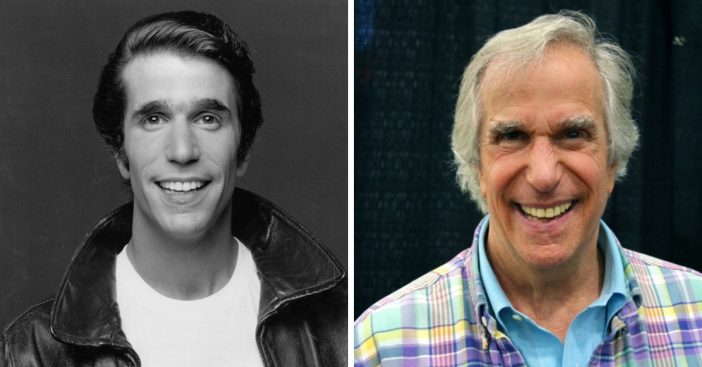 Henry Winkler, best known for his role as The Fonz on Happy Days, has recently opened up about his struggles with dyslexia and self-doubt. Henry has severe dyslexia, but would not be diagnosed by doctors until his 30s. Unfortunately, it created self-esteem issues for the actor early in his career.

Even as Henry became a huge star on Happy Days, he was secretly struggling. He said he felt stupid and felt like a “nobody.” Poor Henry! He is definitely an amazing actor and human being! Growing up, he said he felt terrible about himself because he couldn’t learn like the other kids in school.

He was criticized growing up for learning slowly

Henry’s parents didn’t help with the issue, reportedly calling him a “dumb dog” when he failed because of his dyslexia. He said he felt like he was always failing and didn’t know if he could ever amount to anything in life. That is so heartbreaking to hear.

Even when Henry became super famous, he said he still didn’t really believe he was deserving of the praise. When he was first diagnosed with dyslexia, he said he felt very angry. He was angry that he received so much criticism for something he could not control.

He had a learning disability all along.

Now, Henry writes children’s books about dyslexia to help others

Henry now uses his dyslexia to help others. He has written 29 children’s books about Hank Zipzer, a young student who has dyslexia. He hopes to help others get through the pain and frustration of this condition. He also hopes to help people understand who don’t face the same challenges. What a great thing he’s doing by writing these books! Check out the books on Amazon!

Henry said that he still faces challenges because of his dyslexia and he still faces self-doubt. But, he works hard every day to remain positive, let go of his past, and move forward.

Henry currently stars on the HBO show Barry as Gene Cousineau. According to HBO, “Eccentric and pedantic, Cousineau is a Los Angeles acting teacher who is revered by his students.” Do you watch Henry Winkler on Barry? Or do you prefer re-watching Happy Days?

If you enjoyed this article and learned something new about Henry Winkler, please SHARE with your friends who love The Fonz!

Watch the video below to see Henry open up on camera about his struggles with dyslexia: