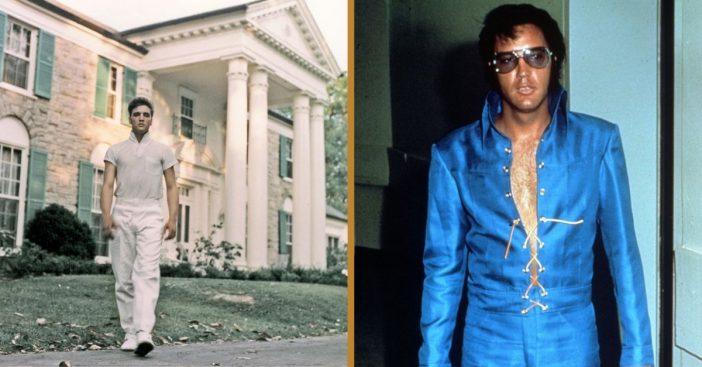 Conspiracy theories have been surrounding singers like Elvis Presley for decades now, and they don’t just stop at Elvis. Many people still believe that even Michael Jackson is still alive after his sudden death in 2009. There are many interesting reasons that fuel these conspiracy theories and one seems to follow Elvis very closely these days.

Monte Nicholson, a veteran employee of the Los Angeles Sheriff’s Department for 19 years, believes that Elvis is still alive. He says that a certain photo has convinced the retired cop that the King is not dead.

Nicholson claimed that he was approached by a man who claimed to work with the singer and this encounter took place soon after Elvis died. The encounter that took place in 1977 was detailed by Nicholson himself in a 1990 documentary called The Elvis Files.

“One day, he showed up at work and had pictures of Elvis Presley getting in a helicopter which looked like a government helicopter,” Monte explained in the documentary, “There were men surrounding Elvis also getting into the helicopter who looked like what we often see depicted as government agents, with the blazers and the wire in their ear and what not.”

“That picture in itself was not particularly suspicious as it is common knowledge that Elvis himself was involved as an honorary police officer with many police agencies all over the country,” Nicholson continues, “The interesting thing, the curious thing about this picture is that this individual claimed it was taken several hours after Elvis allegedly died.”

Did you get that? This is wild! The man denied having the photos when Nicholson originally asked for them, but soon complied and asked for money in order to sell the images. However, when Nicholson arranged a meeting with the man who owned the photos, the mystery man bailed and the photos were never seen or confirmed to be true.

So, despite that the man who owned the photos (and the photos themselves) were never to be seen again, Nicholson still believes to this day that Elvis could still be alive. This entire encounter inspired Nicholson to write the book The Presley Arrangement, which was published in 1987. The book is slated to prove that these conspiracy theories about Elvis faking his death and still being alive are actually true.

Be sure to SHARE this wild conspiracy theory story with your friends and family!

Check out the video below on additional conspiracy theories surrounding Elvis’ death: