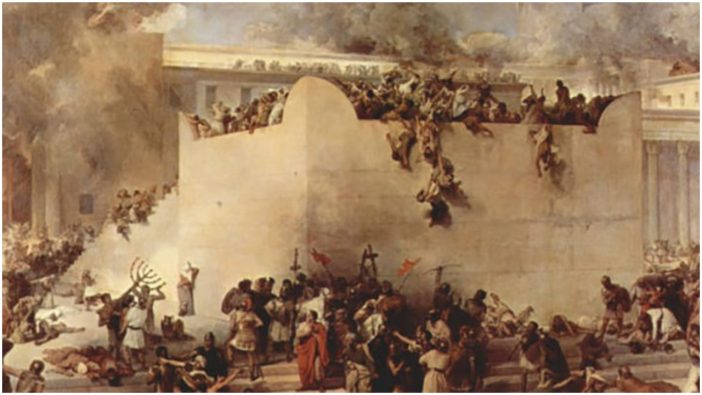 The events depicted in religious texts are frequently the subject of debates by historians and theologians, especially in the last few hundred years. Some historical events that feature in these texts have been proven by science to have been false over the years.

This isn’t necessarily a deterrent for believers, as an increasing number of religious people don’t take every passage literally, preferring to view them as representative of a meaningful truth. But we all, believers and non-believers, can get a little curious about exactly how much fact has made it into these books.

1. An Ancient Find In Jerusalem

Archeologists found some artifacts while excavating the City of David in Jerusalem that shook both history books and the Bible. They were incredibly ancient pieces dating back to 2600 years ago. There are also structures of important interest to them.

2. What Were These Artifacts?

In one of the structures were dozens of ancient jugs. It was found under layers of rock that had collapsed over them. The jugs had decorative seals, some with rose petal design.

3. What Does The Rose Mean?

The seals on the jugs connect to the time of the First Temple Period of Jerusalem. Specifically, they were created near the end of the Judean dynasty. The rose was also a way to show that they were the property of the king.

4. A Few Facts About The First Temple Period

The First Temple era started 3000 years ago, According to the Bible, that was when King David captured the city of Jerusalem. The era ended in 586 B.C., when the Babylonians came into the region, destroyed the city and exiled the Judeans.

Page Page 1 of 4
Previous article: 10 Absolutely Stunning Photos Of Older Actresses
Next Post: Did You Get It Right?