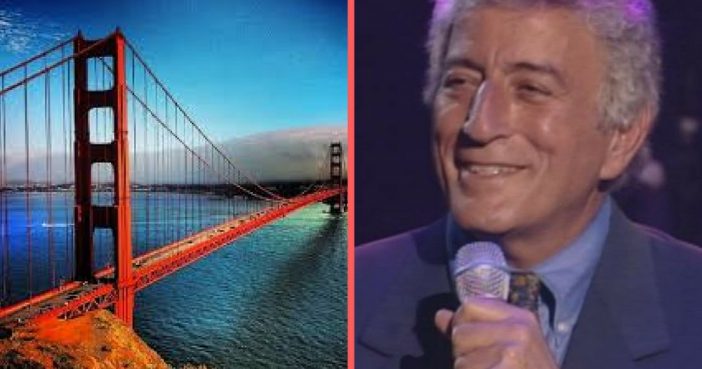 This song was written in 1954 by 2 then-unknown songwriters, George C. Cory, Jr. and Douglass Cross. Cory wrote the music and Cross wrote the lyrics. They pitched the song to Bennett’s pianist and musical director, Ralph Sharon, who was looking for new material for Bennett to sing at the Fairmont Hotel. “We dug down to the bottom of our trunk and gave it to him,” said Cross. Bennett performed it for the first time in 1962 at the Fairmont Hotel on Nob Hill in San Francisco, and it quickly became his signature song.

According to Cross, the two songwriters originally titled the song “When I Return to San Francisco.” That title didn’t grab them, so they changed it to “When I Come Home.” They didn’t like that one, either. But the pair’s third attempt was a charm, because that’s when they gave the song its now-classic title. “And I always thought that one was too corny,” added Cross.

Columbia Records released this as a single, and although it only reached the Top 20, it remained on the national charts for almost 9 months. The I Left My Heart In San Francisco album reached the Top 5 and went gold, and the single won Bennett Grammy Awards for Record of the Year and Best Solo Vocal Performance, Male. The song has sold more than 14 million records and one million copies of sheet music in the US, and has been a huge commercial success overseas as well.

Lyrics to “I Left My Heart in San Francisco”

The glory that was Rome is of another day

I’ve been terribly alone and forgotten in Manhattan

I’m going home to my city by the Bay

I left my heart in San Francisco

High on a hill, it calls to me

To be where little cable cars climb halfway to the stars

The morning fog may chill the air, I don’t care

My love waits there in San Francisco

Above the blue and windy sea

When I come home to you, San Francisco

Your golden sun will shine for me

Click for next Article
Previous article: Vintage Drinks That Need To Make A Comeback… NOW!
Next Post: This Colossal Concert With George Harrison, Bob Dylan, Eric Clapton Today In 1971