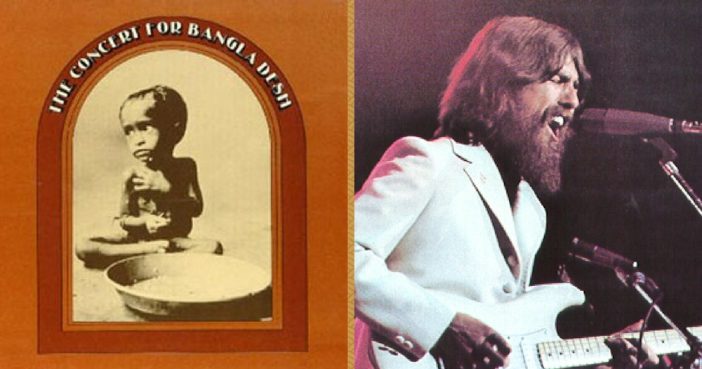 Harrison was well ahead of his time, organizing a large scale charity event with the aid of his musician mates, almost 15 years prior to Live Aid.

His original plan was to recruit his former bandmates, which would’ve turned this into a Beatles reunion, seeing the four on stage together in the U.S for the first time since 1966. But that was never going to happen.

Which Beatle agreed to take part in the concert? Click “Next” to find out.

Page Page 1 of 3
Previous article: Tony Bennett : “I Left My Heart In San Francisco”
Next Post: Guess What? You Can Rent Playboy Studios!