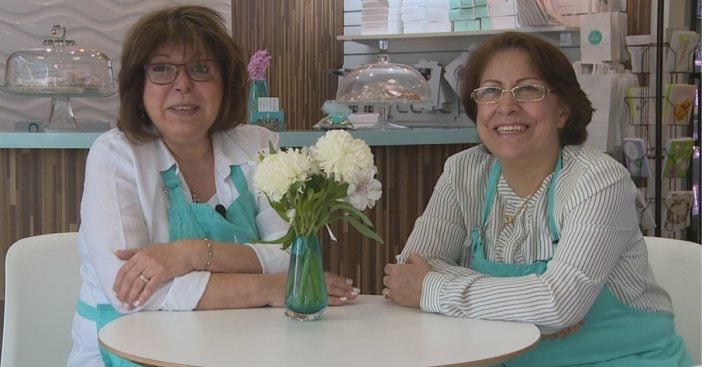 Two women by the names of Sherry, 65, and Ashraf, 66, decided to open their very first bakery together after longing to do so for several years. They had to convince their families, though, as they were at retirement age but wanted nothing to do with it. So, they signed a 5-year lease for the area!

The women both say that they get their confidence in life from being grandmas, so that inspired the name of the new bakery called Grandma’s Bakery. “Everyone has a memory of their grandma doing something special for them, so we want to create that place where people feel that love,” says Sherry.

The two women were apparently born in Iran and while they love all pastries and sweets, they specialize in Iranian pastries. “We have people who come here and say this tastes like home,” says Ashraf. The two have done extraordinarily well for having the bakery open for just a few months at this point.

“I know we’re lucky because it can take more than a year for many businesses to get in that place,”  says Sherry.

The two women love making elaborate cakes, pastries, and other delicious sweets of every kind, but they absolutely love making their Iranian baklava. They say it’s more subtle than most Americans are used to. They earn great joy out of doing this for a living now and want to make sure everyone gets the sweetest treats when they walk through the door. However, there are a few special customers that get special treatment!

“Our grandchildren, we love them. And Ashraf’s granddaughter Anita says she wants to be just like her grandma when she grows up,” says Sherry.

The two women have a lot of experience baking for their grandchildren and say that you’re never too old to make your dream of anything a reality. They had zero experience running a bakery or even operating a brick-and-mortar, but they did despite their children’s doubts and fears about it. “So what?” Sherry said to her daughter after she freaked out about the 5-year lease. Now, that’s a great attitude!

Grandma’s Bakery is located in North Dallas, TX if you’re thinking about stopping by for a sweet Iranian treat!

Be sure to SHARE this article if you loved this story about these grandmas chasing their dreams!

Previous article: You Can Build Your Own Amish Log Cabin For Under $17,000
Next Post: Get 2 Exclusive Jewelry Items Each Month With Pura Vida Jewelry Club