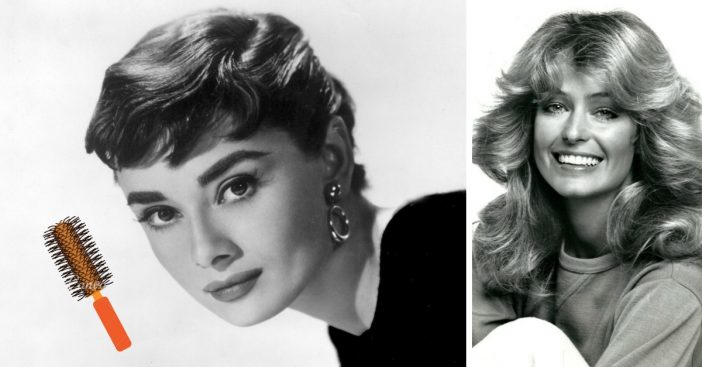 This may be one hairstyle you never want to see come back. It was mostly men that wore this style in the ’80s and ’90s and boasted “business in the front, party in the back.”

Crimping your hair was very popular in the ’80s and ’90s. You used a special crimping iron to get the look. Did you ever crimp your hair?

This was a haircut for both men and women and was similar to a bowl cut. It was modeled after the pageboys in medieval times and was popular in the ’50s.

Pompadours have been around for a while and were worn by both men and women. Elvis actually had a pompadour haircut! The hairstyle originated from Madame de Pompadour, the mistress of King Louis XV.

Feathered hair was very popular in the ’70s and ’80s. It involved getting a layered haircut and wearing loose waves around your face. Actress Farrah Fawcett made this haircut even more popular.

While there are many people who still wear a pixie cut, this short haircut was more popular in the ’50s. Stars like Audrey Hepburn and Twiggy made other people want to chop all of their hair off into this adorable look.

Jheri curls became popular in the ’80s after Michael Jackson wore them often.

In the ’60s, women began flipping the end of their hair up in a curl. Did you ever wear your hair this way?

What hairstyles did you rock in the past decades? Which ones do you love or hate? If you enjoyed this article, please SHARE with your friends and family to reminisce about your hairstyles of the past!

Check out this video about easy holiday hairstyles: