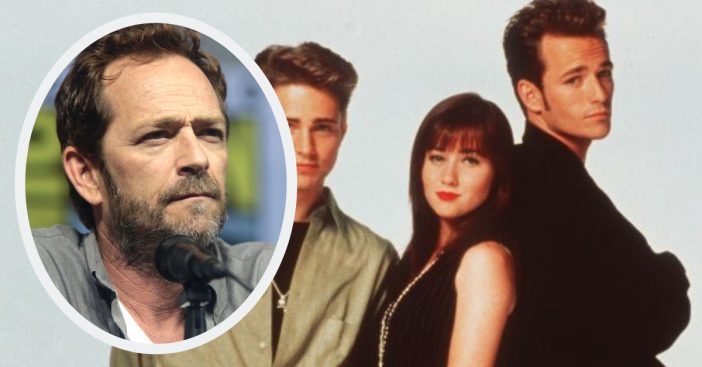 Paramedics responded to Luke’s home around 9:40 this morning. The actor was then transported to the hospital and it is unclear what his condition is as of this time. Coincidentally, Luke’s stroke comes on the same day that it was reported there would be a revival of Beverly Hills, 90210.

While there is a 90210 revival in the works with “most of the original cast,” there are still some cast members that likely won’t be returning, and we think Luke might be one of them due to his commitment to Riverdale. Original cast member, Shannen Doherty, is also slated to not return to the revival show.

“Beverly Hills, 90210 left an indelible impact on pop culture and an entire generation,” Fox Entertainment president Michael Thorn said explained to Deadline, “Its powerful legacy is an important part of our network’s DNA – bold stories not told anywhere else and bigger-than-life-characters – and we’re honored to bring back the beloved original cast members for 90210.”

Please SHARE this article with well wishes for Luke at this time. We are praying for a speedy recovery!

Check out some of Luke’s scenes with the original 90210 in Season 5:

Previous article: The Iconic ‘M*A*S*H’ Operating Room Was Almost Completely Different
Next Post: ‘A Star Is Born’ Is Coming Back To Theaters With Brand New Footage