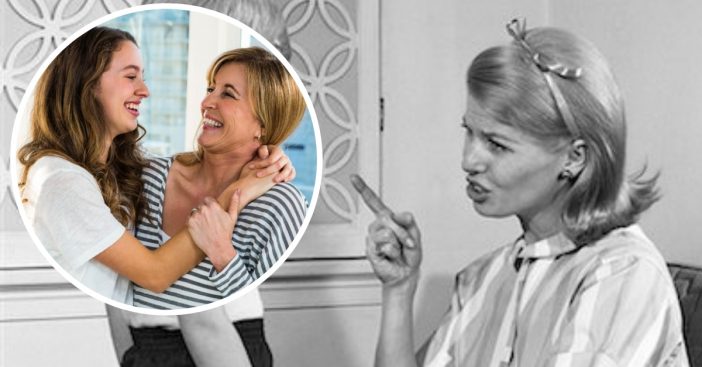 Moms can be total nags, right? You are probably this way with your own daughters, granddaughters, or were the daughter with a nagging mother at one point! While it may have been ridiculously annoying when you were younger, studies have shown that girls who grow up with nagging moms tend to be a lot more successful later in life!

So, if your mom ever nagged you about getting your homework finished by a certain time or being home before curfew (or else!) you should go thank her. By doing this, she probably made you the strong and independent woman that you are today! Take a look at the study that was conducted below.

A study conducted by the University of Essex in England showed that those women who have nagging moms in their upbringing tend to be more successful than those with less pushy moms. Researchers followed the lives of 15,500 girls between the ages of 13 and 14 very closely to determine this result.

The study determined that girls who had mothers who set high standards for them in their upbringing were more likely to go onto college and also earn higher wages.

In addition to obtaining a college degree and earning higher wages in the workplace, the study showed that these girls were also less likely to fall pregnant in their teens, so that’s a pretty big deal!

The study concluded that “The measure of expectations in this study reflects a combination of aspirations and beliefs about the likelihood of attending higher education reported by the main parent, who, in the majority of cases, is the mother.” So, it’s definitely not a bad thing for moms to keep a watchful eye on their little girls, especially when trying to guide them in the proper direction for life.

Dr. Ericka Rascon-Ramirez, who led the study, talked about just how much our parents have influenced us in our upbringing, even if at the moment we were trying our hardest not to comply, pay attention, or take on tasks on our own.

“In many cases we succeeded in doing what we believed was more convenient for us, even when this was against our parents’ will… But no matter how hard we tried to avoid our parents’ recommendations, it is likely that they ended up influencing, in a more subtle manner, choices that we had considered extremely personal.”

Be sure to SHARE this article if you had a nagging mom growing up and let them know “nagging” is not a bad thing!

Check out this Ted Talk below on how nagging moms raise successful women: