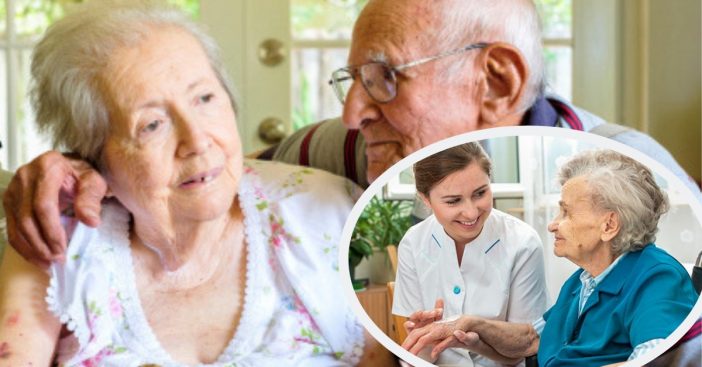 Planning for the rest of your life, particularly your anticipated life expectancy, is a hard conversation that no one wants to visit or think about. However, it is definitely something that comes up in everyone’s life at a certain point.

“Males and females may have to plan differently for aging – in terms of financial planning, in terms of living arrangements,” says Kathryn Crespin, a researcher at the University of Virginia’s Weldon Cooper Center for Public Service. “It’s an important thing for people to think about as they’re aging – how to plan for that particular time in life.” Here are five of the most important takeaways for the elderly crowd.

According to Crespin’s data, women comprise nearly two-thirds of Virginia’s 85-and-older population, meaning that there are about twice as many women in these age groups. Despite this, data has shown that there has been an increase in life expectancy among males since the 1980s.

2. More women develop Alzheimer’s and other forms of dementia than men do

A greater number of women eventually require care for diseases like Alzheimer’s or any other form of the dementia-related disease. This is in part to women living to a much later age than men, so they offer encounter more health complications than men do in their later life.

In part to the previous two points, the advantage to a higher life expectancy than men also means the greater potential for developing any sort of disability in later life. So, with older age also might come a great deal of hardship.

4. More women live alone in older age than men do

And, of course, with a longer life expectancy for women, this also means that it’s much more likely that they will end up living their later life alone. Crespin confirmed that this is not only due to women outliving their male spouses, but also because men who wish to remarry often go for younger women, not older.

So, add all of that up. With women having a longer life expectancy, there’s a higher chance of developing any type of illness, disability, or disease, without the informal care of a spouse in their later life. With all of this considered, it’s also highly likely that women will need a long-term caregiver. This is when finances also come into play.

“A lot of people don’t realize that Medicare doesn’t pay for long-term care except in certain circumstances for very short periods of time,” Crespin explains, “When you start thinking about the cost of long-term care, you either have insurance for it or are paying out of pocket or a lot of people end up relying on Medicaid. For females who may live longer, that is an important consideration.”

Be sure to SHARE this article to spread the news about these important factors in later life! You might be helping someone else out!

Previous article: Get Your First Look At The New ‘Twilight Zone’ Remake
Next Post: Hugh Jackman Was Once Told Not To Sing After Getting Skin Cancer Removed