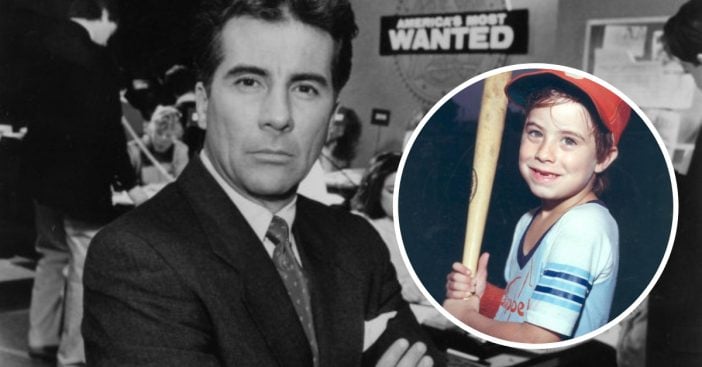 America’s Most Wanted was a very interesting show. It began in 1988 and aired for over 25 seasons. Each episode featured stories about criminals and crimes, with re-enactments and actual photos of the criminals. Viewers were urged to call a special hotline with any tips. This helped the show catch over 1,000 criminals in its run.

John Walsh was the first host of the show. Many may not realize that he wanted to be a part of the show as a way to help solve the murder of his own son. It was a case that had police guessing for decades. Eventually, and perhaps because of his involvement with the show, the murder was solved.

Walsh’s son, Adam, was six years old in 1981. Adam and Walsh’s wife were shopping at a department store in Hollywood, Florida. She took her eyes off Adam for a second and he was gone. This is every parent’s nightmare.

Unfortunately, Adam never returned. They found his severed head in a nearby canal a few weeks later. It was gruesome and heartbreaking. Do you remember hearing about it on the news? It garnered national attention, especially for the mystery of who would take and kill this adorable little boy.

Walsh and his wife decided to try to change the way police investigate missing children’s cases to hopefully help other children. They helped pass the Missing Children’s Act and helped found the National Center for Missing and Exploited Children. This foundation is the one who introduced those missing children ads on milk cartons.

In 1988, Walsh was chosen to host America’s Most Wanted. He was a great host of the show and loved it because it helped him with his search for Adam’s justice. However, Walsh has admitted that interviewing parents of missing or murdered children was especially hard for him.

Who Was Adam’s Murderer?

Walsh said that Adam will always be in his mind and his heart will always be broken. After decades, Walsh and his wife finally discovered who murdered their son. Ottis Toole and Henry Lee Lucas were serial killers and pedophiles. They were the lead suspects in Adam’s murder, but the police didn’t take them very seriously because they had previously falsely admitted to hundreds of crimes.

As years passed, Toole and his partner in crime were the only suspects. Toole eventually confessed to the murder again before his death in 1996. The police department later apologized to Walsh for mistakes in the investigation. Walsh said he was relieved to get closure on who murdered Adam, but it made the heart-breaking story feel fresh again.

Even though America’s Most Wanted has ended, Walsh now helps victims find justice on the show In Pursuit with John Walsh. He believes that Adam would be proud of all that he has accomplished and how much he has helped other victims. Do you remember this tragic story? Did you know that is what led Walsh to host America’s Most Wanted?

If you found this article interesting, please SHARE with your friends and family used to love watching America’s Most Wanted!

Check out this story about John Walsh and his new show In Pursuit with John Walsh. He actually works on it with his other son, Callahan: