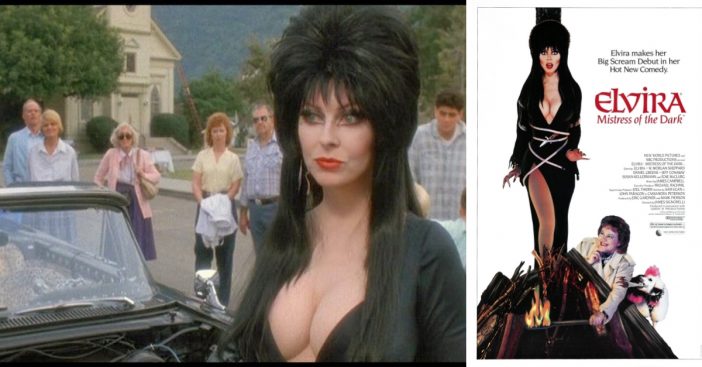 Cassandra Peterson is better known as Elvira, Mistress of the Dark. She became famous after hosting Elvira’s Movie Macabre, where she hosted a special that showed horror movies each week. She dresses dark and vampy, but her voice is more valley girl and she is hilarious.

30 years since her first film debuted, Cassandra is definitely considering doing a sequel to Mistress of the Dark. During a recent Q&A on Instagram, many fans were asking about a sequel. She admitted that many fans ask about a sequel, so she is giving it some serious thought!

Do You Think She Should Do An Elvira Sequel?

Cassandra debuted the character in the early 1980s as a horror host who popped in with comedy bits. She became an icon in pop culture for her humor and her sex appeal, often wearing skimpy outfits. Elvira: Mistress of the Dark hit theaters in 1988. It was a comedy about Elvira inheriting an old mansion in a conservative town. Of course, the residents didn’t approve of Elvira. There was also a movie in 2001 called Elvira’s Haunted Hills, which was a prequel. We would love to see a sequel!

Fans also asked Cassandra if Elvira’s Movie Macabre would ever be available on Netflix. She said she was working on it! We hope it does get to Netflix so we can watch it again. She also confirmed that she is trying to sell a script she wrote about Elvira to Netflix or Hulu.

Cassandra Has Been Indecisive About The Idea

While she seems open to the idea of a sequel, Cassandra has admitted at past conventions that the Elvira movies have become cult classics. She said it would seem weird to make another one now. She worries that fans would compare the new movie to the classic and wouldn’t like it as much.

Do you think she should make an Elvira sequel or do you like classic movies? Would you watch it? What do you think it would be about? If you enjoyed this article, please SHARE with your friends and family who are huge Elvira fans!

Check out this video sharing some of the best moments of Elvira over the years: