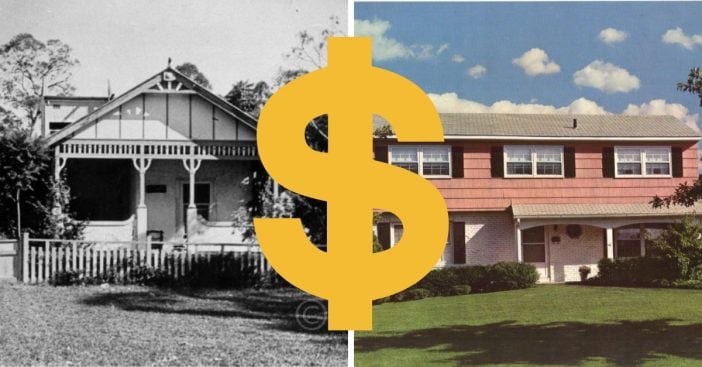 The cost of living has changed so much from 1950 to 2019. Prices have spiked an unimaginable amount, and for those who have been with us since the 1950s or earlier, you’re probably wondering how it got this bad! One of the most dramatic changes in the cost of living would have to be the price of a house.

Watch as the years progress and the price of a home increases, all the way to the year 1970 (which was still cheap compared to now). Be prepared to be surprised!

Thankfully, in 1952, there wasn’t much of an increase from the last time. It lifted to about $9,050, which is just a slight expansion.

There it is! The price of a new home increases into the double digits at $10,250. Can you believe it only took a few years?

Are you ready for this? The average cost of a new house actually dropped to $12,400, with a 1.01% inflation rate occurring in the U.S. at this time. How could that be?

Page Page 1 of 2
Previous article: Johnny Cash’s Old Tennessee Farm Has Been Turned Into A Museum
Next Post: Learn The Shocking Things That Happen To Your Body When You Eat Sugar