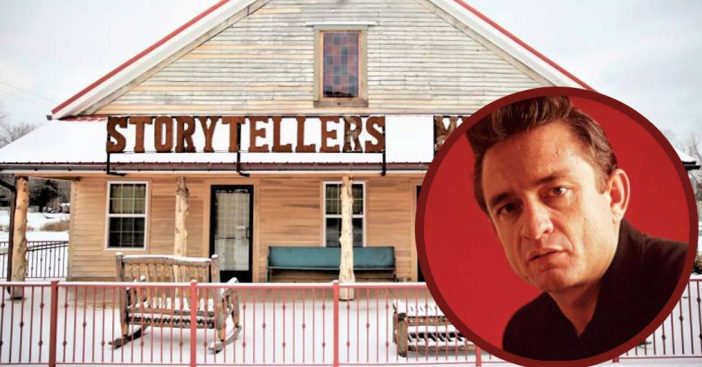 If you are a big fan of Johnny Cash, you do not want to miss going to the Storytellers Museum and Cash Hideaway Farm in Tenessee. Located in Bon Aqua, it was once a farm owned by Johnny Cash. Cash bought the land in the early 1970s and held weekly concerts at a nearby general store.

He called the concerts “Saturday Night in Hickman Country”. It was a big hit with locals, especially folks who couldn’t afford to go to bigger concerts in nearby Nashville. Cash lived on the farm for over 30 years and called it his getaway from big city life. Cash often called the farm “the center of his universe”.

Find Out What Happened To The Property After Cash Died

However, Cash ultimately died in 2003. The property sat vacant for many years. In 2016, Brian and Sally Oxley, big fans of Johnny Cash, bought the land and decided to restore the property. They also purchased that former general store where Cash used to hold weekly concerts. They even collaborated with the remaining Cash family, particularly Cash’s daughter Cindy, to help create the Storytellers Museum.

What Does The Farm And The Museum Feature?

The Storytellers Museum features some of Cash’s items including handwritten song lyrics, letters, guitars, and other artifacts including a Cadillac that was inspired by his song “One Piece at a Time”. In addition to being a museum of artifacts, they also host live performances, carrying on Cash’s tradition all those years ago.

According to the website, the farm also gives a view back into Cash’s life, “Visitors explore displays in the Farmhouse and Photo Gallery (Cinnamon Hill Gallery) and learn stories of the private side of Johnny Cash. Visitors can also enjoy the restfulness and peacefulness that imbues this land.”

The museum and the farm are open Tuesday through Saturday. The hours may change depending on the season. Tickets are around $15-$25 per person. Would you want to visit the Storytellers Museum and Cash Hideaway Farm in Tenessee? If you are interested in visiting, click here to view their website and view upcoming events.

If you enjoyed this article, please SHARE with all of your friends and family who are big Johnny Cash fans and would love to visit the farm and museum!

Check out a video of the Storytellers Museum and Cash Hideaway Farm where Cindy Cash, Johnny Cash’s daughter, shares some of her memories of her late father: