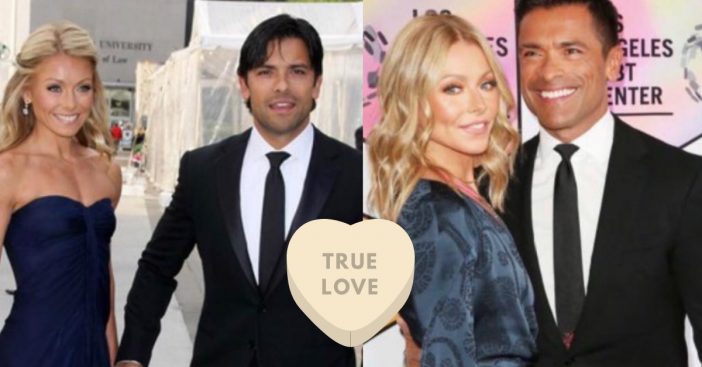 The couple will reunite soon on screen several decades since they first appeared together on television. We will see if they still have great on-screen chemistry! Consuelos currently stars as the villain on the popular CW television show Riverdale. Ripa will appear in the episode on January 30, 2019, titled “The Red Dahlia.”

What Character Will Ripa Play?

All we know so far is that Ripa will play a mistress for Consuelo’s character Hiram Lodge. Consuelos has said that he has a fun time playing the bad guy. He has played many “good guy” roles so it is likely a fun challenge to play such a villainous character on a television show.

Ripa shared a photo on Instagram of herself sitting in Consuelo’s character’s infamous chair in his office. The caption read, “It’s a family affair……..Hiram’s mistress. 23 years of auditioning for a role I was born to play. Coming soon to the @thecwriverdale.” It will be pretty hilarious to see Ripa and Consuelos acting as if they are having an affair when we all know they are married in real life. It will likely be very fun for them to act together again!

Their Son Was On The Show Too

Consuelos and Ripa’s oldest son Michael also recently guest-starred on Riverdale. He played a young Hiram Lodge and fans couldn’t believe how much Michael looks like his famous father. The episode also had a nostalgic twist because it had a very Breakfast Club theme.

Here’s What Consuelos Said About Working With His Wife Again

Consuelos said he couldn’t be happier about getting to work with his wife again. According to Good Housekeeping, he said, “It was such a treat. That’s how I started my career, working with my wife. We haven’t done it in such a long time, acting-wise. It was really good to have her on the show. She knows a lot of the cast. They met over the summer when she was visiting Vancouver. It was just a lot of fun.”

Do you love that Mark Consuelos, Kelly Ripa and one of their children are all acting in the same show? If you enjoyed this article, please SHARE with your friends who love this couple!

Check out a video of Consuelos and Ripa acting together on All My Children back in the day. Do you remember when their characters got married on the show?

Previous article: Gymboree Planning To Close Its Doors After Filing For Bankruptcy A Second Time
Next Post: 6 Bizarre Flu Remedies Your Grandparents Never Told You About