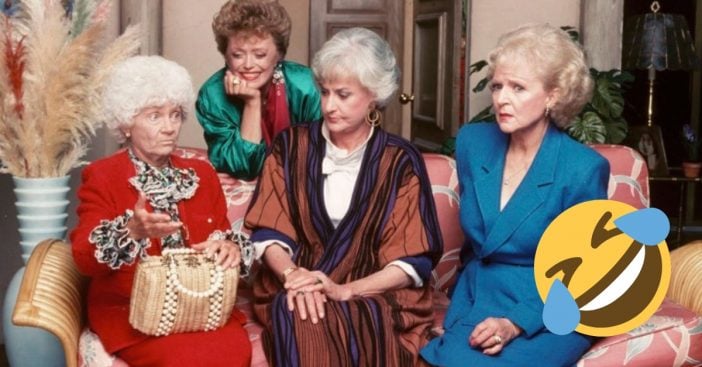 If you are a fan of The Golden Girls, you know that each ‘Golden Girl’ had their very own personality. They all had one thing in common though; they are all hilarious! That show still makes us laugh every time we watch it.

Here are some of the funniest lines ever from The Golden Girls. Try to guess which episode each line was from:

Do you remember when the women ended up on a game show? Blanche had one of the funniest answers of the evening. When the show’s host asked them to “Complete this famous saying, ‘Better late than…'”? Blanche blurts out, “Pregnant!” I mean, I guess.

Dorothy finds Blanche sleeping on the table and says, “Blanche, wake up! My wife will be home any minute.” Blanche wakes up and panics, looking for her shoes. We wonder if that had ever happened before…

Sophia is a firecracker! You know she loves the other Golden Girls, but sometimes the things she says are pretty harsh. Do you remember when she told Dorothy this?

Dorothy served her own harsh truth to Rose

Dorothy is always teasing Rose for being a little bit slow. We still love Rose so much!

Blanche is known for her sexy outfits and Sophia rarely approves

In fact, she once said that and we cringed a little bit. What other funny Sophia quotes can you think of? There are so many!

Read on to the next page to keep laughing!

Page Page 1 of 2
Previous article: A Hungry Waffle House Customer Makes His Own Meal While Employees Sleep On The Job
Next Post: The Sentimental Meaning Behind Michael J. Fox’s First Tattoo