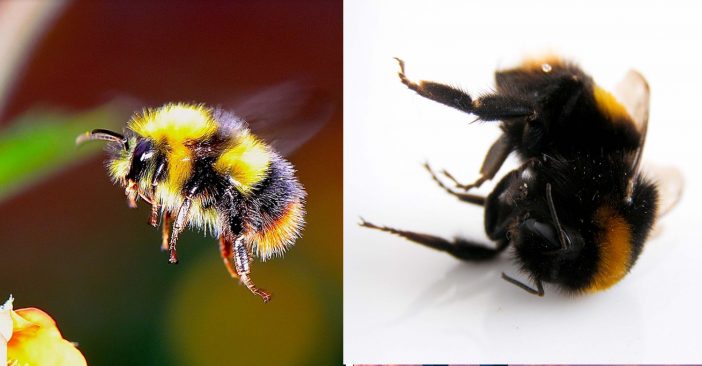 Despite multiple attempts to alert the public of the possible endangerment of bumblebees, it has been officially confirmed that they have been added to the list of endangered species. The bumblebee joins over 700 other animal species including the grizzly bear, the northern spotted owl, and the gray wolf.

With this being said, the Bombus affinis species is now under strict protections in the United States as their overall population continues to drop. Sarah Jepsen, Xerces Society director of endangered species, gave her insight on the newly-granted protections for bumblebees. Read below!

“We are thrilled to see one of North America’s most endangered species receive the protection it needs,” Jepsen says, “Now that the Fish and Wildlife Service has listed the rusty-patched bumble bee as endangered, it stands a chance of surviving the many threats it faces — from the use of neonicotinoid pesticides to diseases.”

So, what exactly has led to this massive depopulation of the bumblebee? Experts have chalked it up to human encroachment, which led to the loss of their personal habitats.

Rich Hatfield, a senior conservation biologist, has shared his thoughts in the conservation efforts for bumblebees amid making it onto the endangered species list.

“While this listing clearly supports the rusty patched bumble bee, the entire suite of pollinators that share its habitat, and which are so critical to natural ecosystems and agriculture, will also benefit,” he explains, “This is a positive step towards the conservation of this species, and we now have to roll up our sleeves to begin the actual on-the-ground conservation that will help it move toward recovery.”

All thing’s considered, the move to the endangered species list for bumblebees will probably not sit well with some industries and corporations. This is because pollinators, a.k.a. our bumblebees, are responsible for one-third of our food supply; think avocados, peppers, carrots, and tomatoes. If bumblebees were to go completely extinct, it could greatly impact human food supply. That’s not all, though.

Darryl Fears from the Washington Post predicts lawsuits with the motive to de-list the bee from endangerment. This is because the bee has huge economic importance, as they contribute around $16 billion in pollination efforts in the U.S. alone, according to Bee Spotter. Should these lawsuits persist, it ultimately becomes counterproductive in protecting the pollination efforts of these bees.

Be sure to SHARE this article to spread the awareness of this newly endangered species!

Check out the video below on the best way to put forward conservation efforts for our bumblebees.