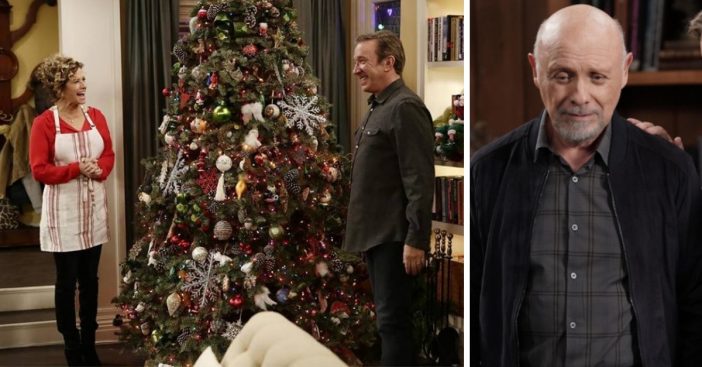 It’s pretty well-known at this point that Last Man Standing is fairly outspoken when it comes to some political ideologies. However, in a recent episode, the series touched on a difficult political topic that has fans raving about it.

In the Christmas special episode titled “The Gift of the Mike Guy,” Mike Baxter (Tim Allen) and his former business partner Ed aren’t on the same page about the gift that Mike got him. The gift resonates a lot with Ed, who goes on to reveal why he took up a job as a bartender. The conversation to follow is incredible.

“I like to talk to the veterans here who feel the same way I do,” Ed says. He references plenty of other patrons in the bar who used to serve in the military but cannot find jobs that match their skill set.

Mike offers something else, insisting that Ed uses his store, Outdoor Man, to hire veterans who are looking for jobs. “I want people looking for a place to apply their unique skills,” Mike says, “I’m looking for somebody who knows their specific skill sets so they can match them to the correct position.”

Santa's bringing you a brand-new #LastManStanding — or is that @ofctimallen coming down the chimney? 😉 pic.twitter.com/pB7R7DYDdX

What are the fans saying?

Many fans have been tagging Tim Allen and the official Last Man Standing account on Twitter, thanking them for tackling such an important issue that isn’t talked about nearly as much as it should be.

One viewer of the episode and a self-stated former marine said he absolutely loved watching ‘every episode’ of Last Man Standing, not just this special Christmas episode!

@ofctimallen Great episode of Last Man Standing with the idea to hire veterans and place them in an organization based on fit/skills. Veterans ASCEND does that automatically. Thanks for planting the seed on your show. #HireVeterans #Military #skills

Another viewer commended Tim Allen for taking on this very important topic and ‘planting the seed’ for it on Last Man Standing.

@ofctimallen from our house (with our "Last Man Standing") to yours at the holidays, a giant THANK YOU for supporting employment of our veterans and retired military @DAVHQ @wwp @WWPCareers God Bless!

This last viewer’s comment also commended the concept of the episode which was providing stable employment to veterans who are seeking work.

While the show is often deemed rather hilarious and outspoken for its political commentary, this was definitely a nice Christmas special to touch on those who are in need and to focus on the services provided by our military veterans.

We recently reported that Tim Allen loves to get a rise out of people on Last Man Standing by providing conservative-leaning ideologies that some might not agree with. It’s safe to say the show’s got an A+ rating for this episode all-around from people of all walks of life!

Be sure to SHARE this article if you love Tim Allen on Last Man Standing! We sure do!