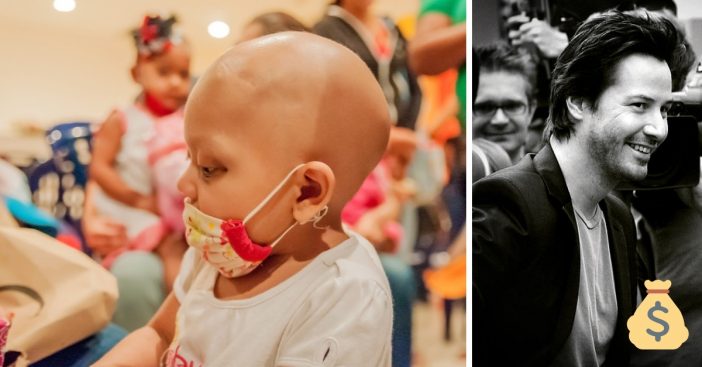 News has surfaced that Keanu Reeves is one of the good ones. While many actors are known to be pretty rude, there are some actors that seem to use their high income to help others in need. It appears that Keanu has a private foundation that helps children’s hospitals and cancer research.

Keanu is no stranger to the horrors of cancer. His sister battled Leukemia and he saw firsthand how horrible the disease and treatment can be on patients. Since then, he has been aiding cancer research and hospitals, especially for children with cancer. He doesn’t put his name on the donations either, so it looks like he isn’t just in it for the praise.

Searching around the Internet, it seems that giving millions to children’s cancer hospitals and funding research isn’t the only nice thing Keanu does. According to some people on Reddit, they say Keanu has given large bonuses to people working on sets of his movies.

Other Stories About Keanu Being A Nice Guy

One person said that Keanu would treat the “grunt workers” on movie sets to lunch every day for the last few weeks of filming. They also said he was a genuinely nice guy and would do a lot for people who often never got any kindness thrown their way.

Here’s what the post said, “Back in the late ’90s and fresh out of college I got my first job as an assistant prop designer on the set of Chain Reaction (Keanu was a supporting actor with Morgan Freeman). EVERY DAY for the last few weeks of filming, Keanu treated the stage hands and “grunt workers” (including myself) by taking us out for free breakfast and lunch. He was genuinely a very nice guy to work with.”

Another person said, “A family friend builds movie sets, doesn’t design, is one of the poor dudes that just builds. Anyways he worked on the set for the Matrix and Keanu heard about family trouble he was having and gave him a $20,000 Christmas bonus to help him out. He also was one of the only people on the set that genuinely wanted to know people’s names, would say hello and mean it, and would talk to people as they were his peers and not below him just because they were practically making nothing to build a set. I’ve never heard anyone say Keanu is do**he, seems like the nicest person in Hollywood from a second-hand experience.”

What do you think about Keanu Reeves? Isn’t it refreshing to hear these stories about a famous actor being so generous?

If you enjoyed this article, please SHARE with your friends and family who love Keanu Reeves!