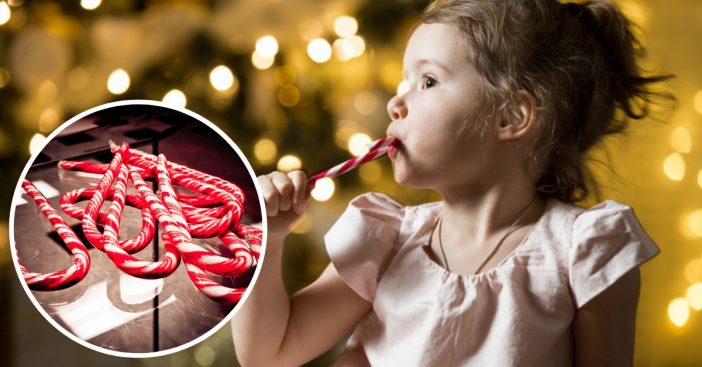 It appears that there has been a ban on candy canes from one elementary school in Nebraska. The principal of the school was placed on leave after telling teachers to avoid decorating their rooms with Christmas-themed decorations this season, including candy canes. However, teachers were told that generic winter-themed items were acceptable.

A list of Christmas-themed decorations that joined candy canes in removal was Santa, Christmas trees, reindeer, green and red items, and even Christmas clipart on worksheets. So, why were candy canes banned exactly? The principal claims it has religious significance.

“Historically, the shape is a ‘J’ for Jesus. The red is for the blood of Christ, and the white is a symbol of his resurrection. This would also include different colored candy canes,” the principal wrote, “I feel uncomfortable that I have to get this specific, but for everyone’s comfort, I will.”

With this being said, The Elkhorn School District reportedly told Fox News that this memo the principal wrote does not reflect “the policy of Elkhorn Public Schools regarding holiday symbols in the school”. According to the district’s policies, “Christmas trees, Santa Claus and Easter eggs and bunnies are considered to be secular, seasonal symbols and may be displayed as teaching aids provided they do not disrupt the instructional program for students.”

As one could imagine, many people are not happy with this principal’s effort to be more ‘inclusive’ by banning a major part of the holiday season from their school.

Some commenters conversed on how the majority of the school’s tradition/culture is now being banned in favor of the minority’s.

Whether candy canes hold religious significance or not, this commenter wanted to defend the peppermint-flavored treat in favor of keeping them in schools.

Do candy canes even have religious significance or is it just made up? Some commenters were going back and forth about it.

According to Snopes, a myth-busting website, candy canes actually do not have any religious significance whatsoever. The website reads:

“Claims made about the candy’s Christian symbolism have become increasingly widespread as religious leaders have assured their congregations that these mythologies are factual, the press have published these claims as authoritative answers to readers’ inquiries about the confection’s meaning, and several lavishly illustrated books purport to tell the “true story” of the candy cane’s origins. This is charming folklore, but one should not lose sight of the fact that such stories of the candy cane’s origins are, like Santa Claus, myths and not ‘true stories.'”

Be sure to SHARE this article with your thoughts on this story!