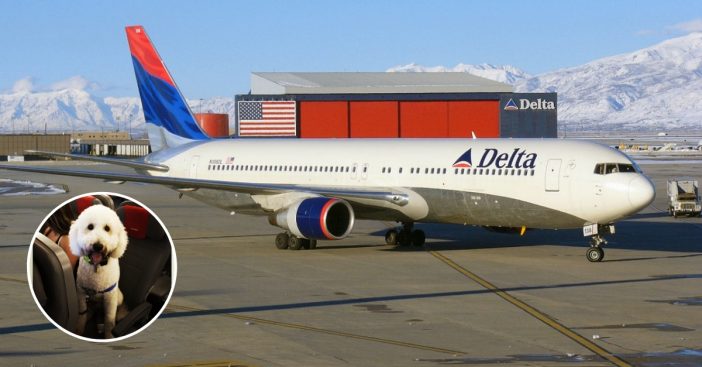 When The New Rules Go Into Effect

The new rules go into effect for tickets purchased on or after December 18, so if you purchased a ticket before then, you can request to go around these new rules. Any exceptions will end on February 1, 2019.

According to the trade group Airlines For America, they found that the number of emotional support animals traveling on commercial flights went up 74% in just one year. Earlier this year, Delta did also change the documentation requirements and limit the type of animals allowed to be emotional support or service animals.

According to Business Insider, John Laughter, Delta’s senior vice president for corporate safety, security, and compliance, said, “We will continue to review and enhance our policies and procedures as health and safety are core values at Delta. These updates support Delta’s commitment to safety and also protect the rights of customers with documented needs — such as veterans with disabilities — to travel with trained service and support animals.”

What do you think about Delta cracking down on the rules for emotional support animals on planes? Do you agree or disagree with the new policies? Many airlines will likely change their policies to reflect Delta’s in the future to cut down on incidents.

If you found this article informative, please SHARE with your friends and family, especially if they plan to fly with an emotional support or service animal in the future!

Previous article: School Principal Is Suspended After Banning Candy Canes Because The ‘J Shape Stands For Jesus’
Next Post: A Full List Of Grocery Stores That Will Be Open On Christmas Day