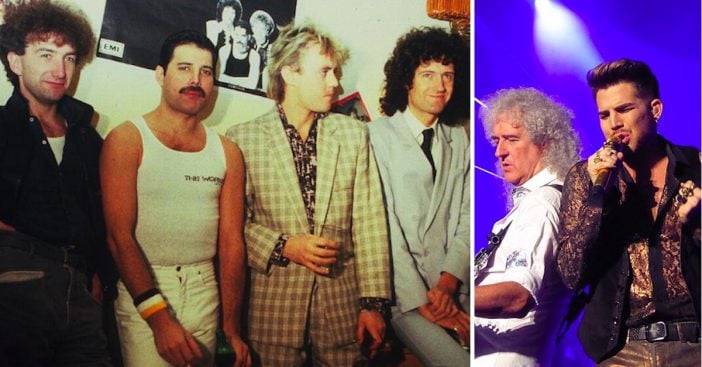 Are you ready to get rocked one more time? Queen is set to go on tour once more in 2019, after the success of Bohemian Rhapsody. The biopic focused on Queen’s formation and frontman, Freddie Mercury, was a box office smash hit. Despite harsh reviews from critics, fans of the band have found inspiration from the film. It has become the 2nd highest-grossing musical biopic and has grossed over $500 million worldwide.

After this success, it seems that Queen has decided to go on the road for a Rhapsody tour with American Idol star, Adam Lambert. We’re sorry to say, this is currently not a worldwide tour, but for those living in the U.S., you can hopefully find a show on their planned North American tour.

Queen actually hasn’t been off the road for long. Their last tour was in 2017 – 2018, the Queen + Adam Lambert Tour was worldwide and ended in September 2018. Adam Lambert has been collaborating with Queen since 2011 and been on tour with them nearly every year since 2012. This new tour marks Queen’s newest venture with Adam.

Alongside Adam Lambert, original Queen members Brian May and Roger Taylor will hit the road. Noticeably absent from the lineup is John Deacon, Queen’s former bass player. John has lived a very secluded life since Freddie Mercury’s death and he officially retired from music in 1997. Brian May and Roger Taylor were very involved in the creation of the film Bohemian Rhapsody, while John Deacon was not.

“This is a great opportunity. Our last tour featured our most ambitious production ever and got us our best notices ever. So we decided to rip it apart and get even more ambitious! Watch out, America!” Lambert, who first shared the stage with Queen for the 2009 American Idol finale, added: “We have been designing a brand new visual spectacle that will reframe these iconic songs and we are excited to unveil it!”

Please SHARE this news with the Queen lovers in your life!

If you love Queen and loved Freddie Mercury, you can watch this incredible side-by-side video of Bohemian Rhapsody’s Live Aid scene compared to the real moment.

Check it out in the video below: